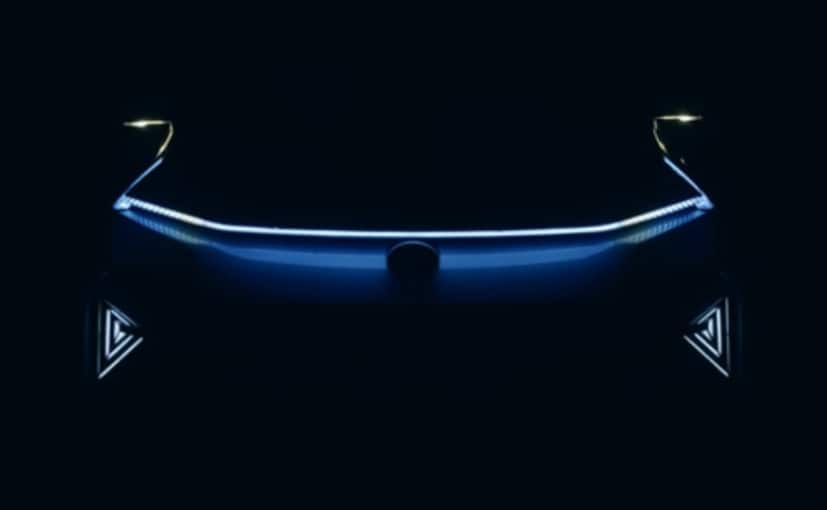 Tata Motors announced a while back that the company is planning to launch 10 electric vehicles in India by 2026. One of these cars is believed to be the new and more range-equipped Nexon EV than before. However, till now the company has not made any official announcement regarding this. Now, a latest leak has revealed that Tata Motors has registered two cars namely SliQ and Curvv. Apart from this, the render of SliQ has also been leaked, which shows the front design of the car.

A render of Pratyush Rout by Rushlane share In which the design of Tata’s upcoming car has been shown. This car is being called Tata SliQ. It has also been claimed that this is an electric SUV concept, which comes with a very attractive design. It has a long DRL, which starts on one side and runs through the bonnet to the other side. It has a triangle shaped headlight at the bottom. The DRLs and headlight design in the render match a teaser recently shared by the company.

Although Tata Motors has not given any information about the names of SliQ and Curvv, but reports suggest that both these names have been trademarked by the company recently. The listing is as of March 15.

Recently, Tata Motors shared a teaser on its Twitter handle, which states that an electric vehicle will be unveiled on 6th April at 12 noon (IST). As we mentioned, the DRL and headlight design shown in this teaser matches with the latest render.

Apart from this, let us also mention that the new long range Tata Nexon EV has also been seen during road testing for some time now. There have also been several leaks regarding the car, where it has been claimed that the new model will have a bigger battery pack and will come with some special features. Let us know that the current model of Tata Nexon EV gets a battery pack of 30.2 kWh capacity, which is capable of providing a range of 312 km on a single charge. However, leaks say that the new 2022 model may come with a 40kWh capacity battery pack, which will be capable of delivering a range of close to 400 km on a single charge. Apart from this, Tata may tweak the surface and boot space of this model to fit the larger battery pack.

Apart from this, it is also reported that the new Nexon EV will also feature all-new selectable regeneration modes, which will give the driver the ability to choose the intensity of regenerative braking. Since it will be a new model, then exterior and interior changes can also be expected, which may also include new alloy wheels. Apart from this, it is being told that the new model can be equipped with Electronic Stability Program (ESP).