TATA Tigor remains India’s cheapest EV even after price hike, with range up to 300 km 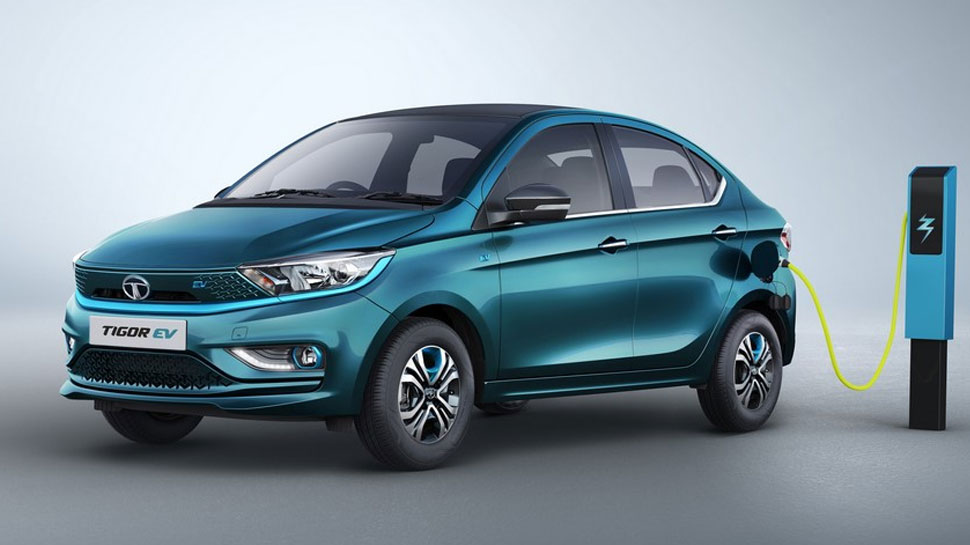 TATA Motors has increased the prices of all variants of Tigor EV, India’s cheapest electric car by Rs 25,000. Despite this, the car still remains the cheapest EV in the country. The Tigor EV can be driven up to 300 km on a single charge and the car is powerful too.

New Delhi : Tata Motors has increased the prices of all variants of India’s cheapest electric car Tigor EV by Rs 25,000. Now the starting ex-showroom price of Tata Tigor EV has gone up to Rs 12.24 lakh which goes up to Rs 13.24 lakh for the top model. Even after the price hike, the Tigor EV remains the cheapest electric car in India and remains the cheapest option in front of customers troubled by the skyrocketing prices of petrol and diesel. In one charge, this electric car runs up to 300 KM. Let us tell you that some time back Tata Motors has increased the prices of the customers’ favorite Nexon EV by the same.

The starting ex-showroom price of the car has been kept at Rs 12.24 lakh which goes up to Rs 13.24 lakh. The car is claimed to have an extended ARAI certified range of 306 kms. The Tigor EV makes 73 Bhp and 170 Nm of peak torque and power comes from a 26-kWh liquid-cooled, high energy density battery pack. The car is equipped with an IP67 rated battery pack and motor to survive the weather and worry. The car is being offered with 8 years and 160,000 KM battery and motor warranty.

The company is offering the new Tigor EV in three variants XE, XM and XZ+. Dual tone option is also available on the XZ+. Tata says that the car comes with balanced suspension for better driving dynamics and faster handling. Other features include electrically adjustable and foldable ORVMs and smart keys with push button start. Also, the car comes with 30+ connected car features including remote commands and remote diagnostics.

Fast-charge as well as slow-charge

The company says that the car comes with the globally recognized CCS2 charging system and can be fast-charged as well as slow-charged from any 15A plug point. Global NCAP has released the crash test results for the Tigor EV, in which the car has got a 4-star safety rating. It has got 4 stars for the safety of both elders and children. The crash test was done under the ‘Safer Cars for India’ initiative of the organization.