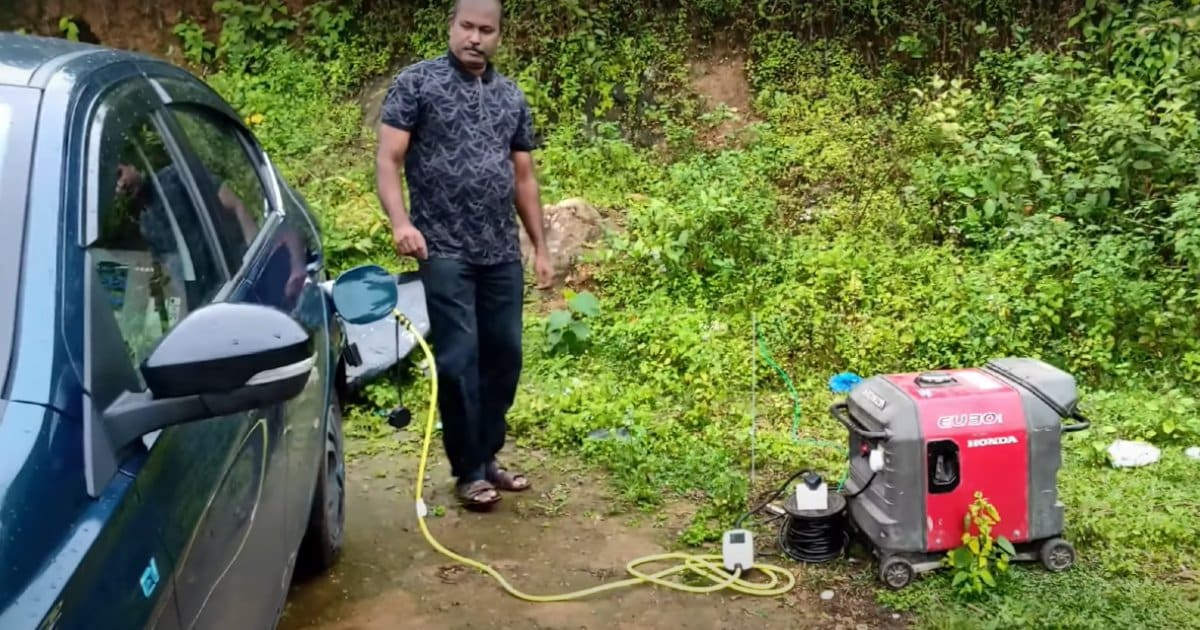 Have you ever thought that instead of plugging the conventional charger into the socket, the electric car can also be charged with a diesel generator? If you think he’s kidding you, you should check out the video of Sinto Antony, who has performed this feat. Antony has charged his Tata Tigor EV with a diesel generator.

Sinto Antony has shared a video on YouTube, in which he is seen charging his Tata Tigor electric car with a diesel generator. He also shared the charging process, in which he explained in detail how to charge the EV from the generator. Although it is not a good idea to charge an EV with a generator, but it can come in handy in case of an emergency. However, for this you will have to carry a bulky generator in the boot.

Sinto traveled a long way before its electric car, which included climbing on the way. After this he started the process of charging his EV with the generator. He placed the generator on the surface and first of all, established the earthing. For this Sinto used a metal rod and buried it in the ground.

Thereafter, a secure connection was established between the generator and the EV, for which the Tigor EV charger was connected to the 3-pin plug present on the diesel generator. As can be seen in the video, the charging process started properly and no warnings were displayed on the OBD of the car. However, charging the EV with the generator was not fast.

The video shows that the battery charging processor started when the SOC (state of charge) of the car was at 26%. After one hour of charging, the SOC went up to 36%, which means a mere 10% increase. Sinto says that despite the slow charging speed, it is a convenient solution in case of emergencies.