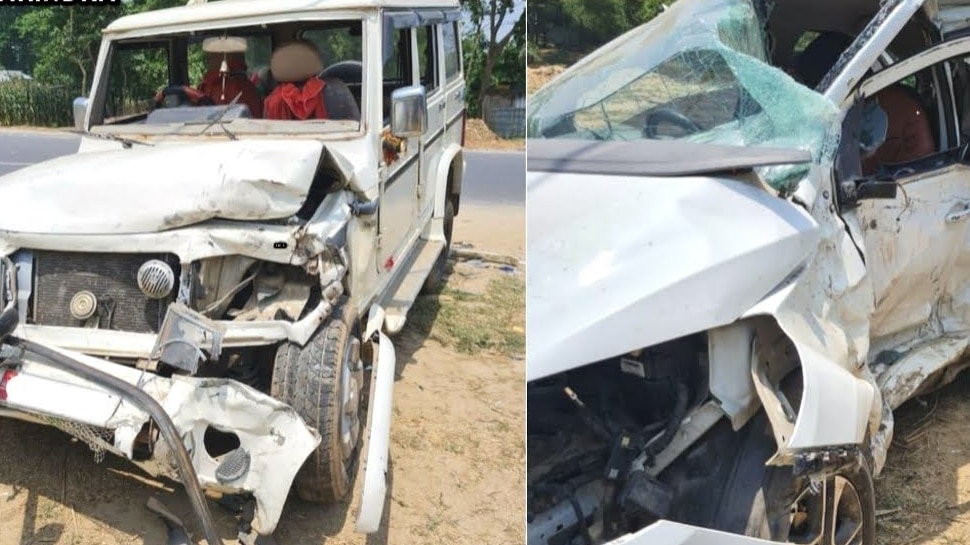 Car crash video: Recently there has been a car accident, in which Mahindra Bolero SUV collided with Tata’s Tigor. The subsequent video of the accident is going viral on social media, in which it can be seen how the condition of Tata Tigor after colliding with Mahindra vehicle.

Tata Mahindra Car Accident: Road accidents are common in India. But there are some accidents from which we get to learn something. Recently one such car accident happened, in which Mahindra Bolero SUV collided with Tata’s Tigor. The subsequent video of the accident is going viral on social media, in which it can be seen how the condition of Tata Tigor after colliding with Mahindra vehicle. Let us tell you that the Tigor Tigor has got a 4-star rating in the Global NCAP crash test. In such a situation, everyone is surprised to see such a condition of Tigor.

Although Mahindra Bolero is also a rough and tough SUV, which is known for its strong body. The video has been uploaded by a YouTube channel named Nikhil Rana. This accident is being told of Jharkhand. It is being said that Mahindra Bolero was coming from the wrong direction at the time of the accident. During this, the Bolero driver lost control and hit the Tigor with great force. What happened after that you can see in the video.

You can see that the entire side body panel of the Tata Tigor is pitched. Its roof, side pillars, doors, fenders etc. are completely damaged. It is believed that any passenger sitting on the driver’s side must have suffered serious injuries. On the other hand, the front end of the Bolero is damaged. However, there is no significant damage in its side pillar. Fortunately, there is no news of any casualty in the incident.

We also urge you to always drive the vehicle following the traffic rules. Do not overspeed and drive in the wrong direction. Often accidents happen due to these two reasons.