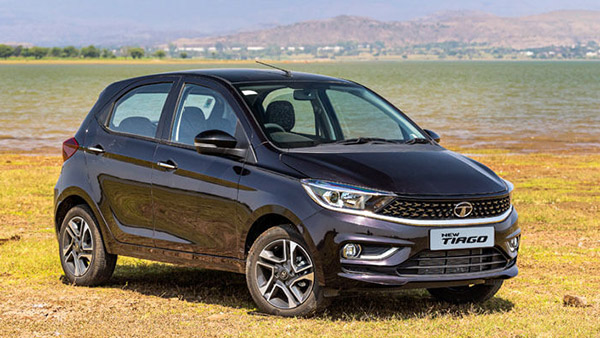 Talking about the most notable features added to the exterior, it gets 14-inch hyperstyle wheels and blacked-out B-pillars which used to be the body colours. The blackening of the B-pillars and the new Midnight Plum color now make the exterior trim look a bit closer to the top-spec XZ+ trim.

Talking about the interiors, the Tata Tiago XT trim has now been updated with some value-added features that enhance the comfort for the customers. First of all, there is a height-adjustable driver seat, which used to come with the 4-way adjustable feature only on the outgoing XT trims.

Apart from this, now the rear parcel shelf in the boot area and vanity mirror has now been given in the co-driver side sun shade. Not only this, Tata Motors is now also offering its Rhythm Accessories Pack option on the Tiago XT. The pack was earlier introduced by the company with the Tata Altroz.

As part of this rhythm pack, Harman’s 7-inch touchscreen infotainment system will be provided on the XT trim of the Tiago. Apart from this, the pack also includes a rear parking camera and four speakers apart from four tweeters, which are already available in the XT trim of Tata Tiago.

Tata Motors has also added a new variant for the Tiago NRG. Earlier the Tata Tiago NRG was based only on the top-spec XZ+ trim. But now keeping in mind the needs of the customers, Tata Motors has now introduced a lower priced variant of the NRG based on the new XT trim of the Tiago.