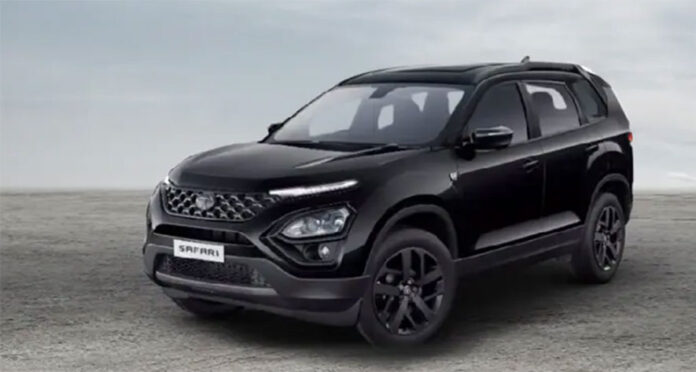 Tata has released the teaser video of the Dark Edition of Safari . While releasing this video on social media, the company has written that it is coming in three days, according to which it can be launched on January 17.

In the teaser video, the company has shown its front look. We believe that the company has designed the Safari Dark Edition on the Harrier -like XT+, XTA+, XZ+ and XZA+ variants. Some dealerships have even started its unofficial booking.

If you look at the official teaser video, all the chrome finishes have been given a black color touch, including the try arrow pattern on the grille. Its side and rear profiles have not been shown in the video. We believe that similar to the Harrier Dark Edition, the black alloy wheels and the name badging treatment on the tailgate could be given.

Its cabin will be in an all black layout with leatherette upholstery (in the top variant) with a tri arrow pattern. The Safari Dark Edition is expected to feature features from the regular variants, including ventilated seats, wireless Android Auto and Apple CarPlay connectivity, and an air purifier.

Tata Motors will offer a choice of 6-speed manual and 6-speed torque converter automatic gearboxes in the Dark Edition. It will get a 2.0-litre diesel engine with the regular Safari, which generates 170 PS of power and 350 Nm of torque.

The price of Safari Dark Edition can be around Rs 30,000 more than the regular variants. In the segment, this SUV car is compared to Kia Carnes , Hyundai Alcazar and Mahindra XUV700 .