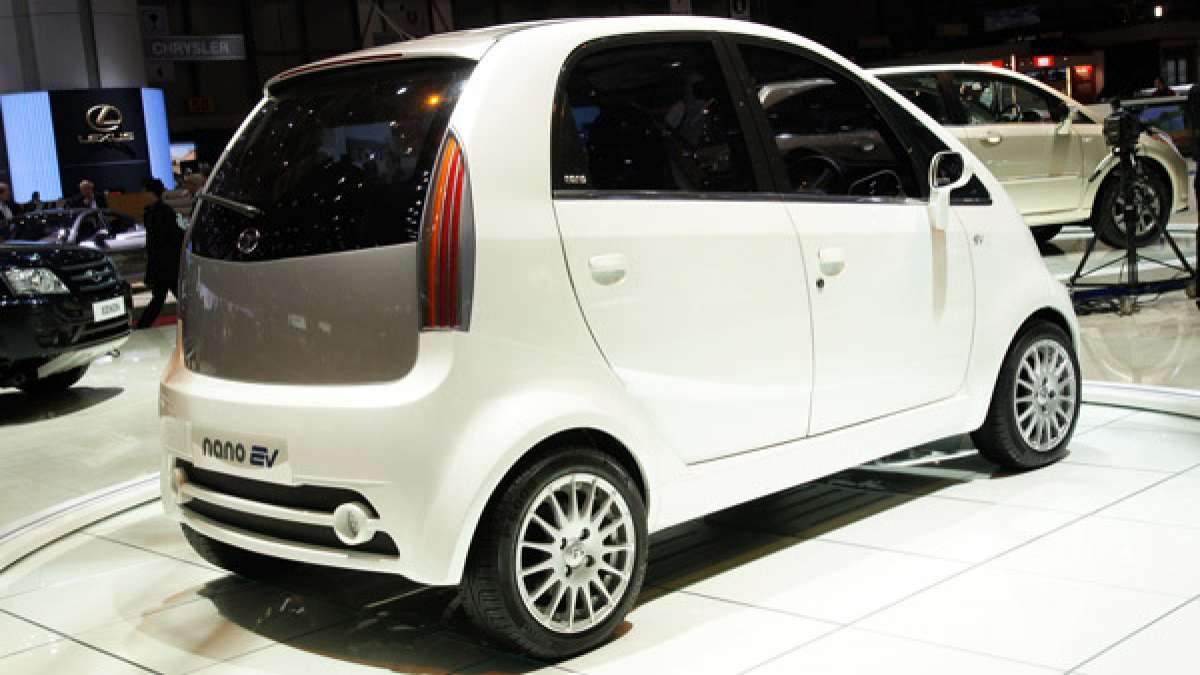 Automobile giant Tata Motors launched the Nano in 2008, which was touted as the world’s cheapest car. Unfortunately, the flagship car could not achieve the expected success. The Nano was discontinued by the company in 2018 due to its declining popularity and low sales. But now the company is planning to launch the electric version of Nano (Tata Nano EV) in the Indian market.

It is being told in the reports that Tata Motors is preparing to bring the electric model of Nano very soon. India has seen a surge in demand for electric vehicles in recent times and the Nano EV could carve a niche for itself in the market. The report has also revealed a concept look of the Nano EV which suggests that the new car will be bigger in size.

According to the report, large daytime running lights and compact headlamps have been given in this Nano EV. Apart from the embellished side panels, the bumper section also gets a smiley effect. The door handles of this car are on the C-pillar. The wheels are placed at the corners which means it will have a long wheelbase and spacious interiors.

With the introduction of the Nano Electric, the carmaker could look to gain first-mover advantage in the micro-EV segment. The report states that the electric vehicle segment in India is dominated by entry-level hatchbacks.

Tata Nexon, Tigor and Tiago have been successful in their electric avatars. The Nano EV could be part of Tata Motors’ strategy to capitalize on the market. The company is also planning to launch the electric version of Punch this year.

Car prices will increase in the new year

Tata Motors said it will increase prices of its commercial vehicle range (passenger vehicles) by up to 2 per cent from January next year. The company is absorbing a significant portion of the increased cost, but the sharp increase in overall input costs has forced some proportion to be passed through this minimal price increase.