Tata Motors will build its EV lineup on three platforms, know what is the company’s plan 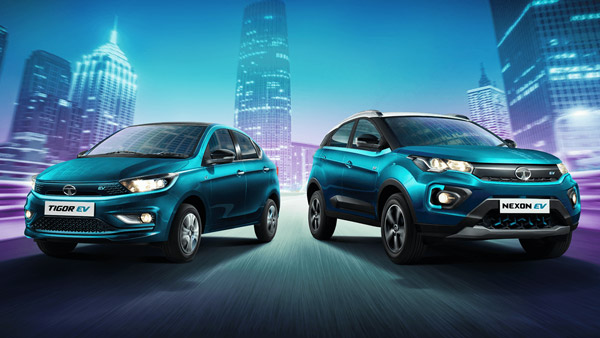 These platforms, which will include a converted ICE (internal combustion) engine platform, a bespoke EV platform and eventually, a skateboard, will be launched in three separate phases, but work on them has begun in parallel.

The first phase of Tata’s EV strategy began long before TPEML was formed with the Nexon EV. Instead of developing a revolutionary new EV, which could take years and customers might not be ready for it, Tata Motors took the quick and easy route of pure conversion of an IC engine car into an EV.

The Tata Nexon’s X1 platform was barely modified and the electric motor and battery pack were simply fitted with whatever space was available. The electrification of a familiar model was also a way for customers to assimilate and adjust to this new technology and come up with the value proposition of the EV.

The company has adopted the same strategy for the recently launched Tata Tigor EV, which uses the X0 platform of the IC engine model and it doesn’t end there. TPEML is also working on a larger, coupe version of the Tata Nexon EV based on the same X1 platform.

While an ICE to EV conversion reduces the time taken to develop and launch a battery electric model, on the other hand it comes with its drawbacks. Since the architecture is originally designed around a combustion engine, space must be made elsewhere in the cabin for the battery pack, without changing the rigid points of the vehicle’s structure.

This limits the size of the battery and hence the driving range that can be provided. For example, Tata is developing a bespoke, electric-only ‘Sigma’ architecture for future models. Sigma is the second platform after the Tata NExon and Tigor conversion.

The Sigma platform is, in fact, based on the existing ALFA or X4 architecture (which underpins the traditionally powered Altroz ​​and Punch), but has been heavily modified for electrification. The Sigma platform will lead the second phase of TPEML’s aggressive product offering. This includes future products like the Sierra EV.

The third stage for TPEML will be products built on a skateboard, which is a pure EV platform. Unlike the Sigma platform, which has its roots in an ICE engine architecture, skateboards are developed entirely base-up for EVs.

This allows designers to fully utilize the architecture to achieve the best weight and space efficiency. For a given footprint, you get a lot of interior space and even more design freedom to create some original looking cars.

However, Tata Motors feels that skateboard-based cars are still a few years away and it will only make sense when the Indian EV market is mature enough to afford and accept this next generation EV.

Credit Score: Improve your bad credit score like this, there will never be trouble, follow these steps