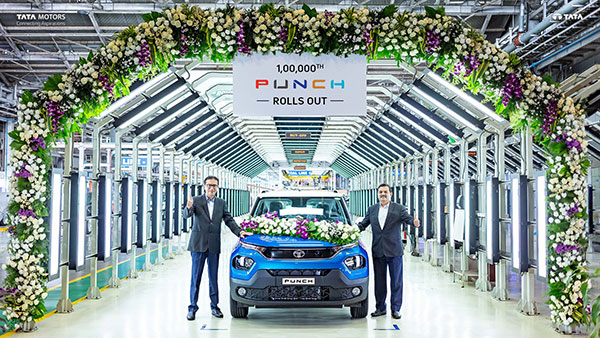 The Tata Punch was the second model based on the company’s ALFA architecture and was brought with a sleek design, compact size, modern features and a powerful engine, while the Punch was also priced within the budget. With this, it became Punch’s safest car shortly after and got a 5-star safety rating.

Due to all this, the Tata Punch became very popular in the SUV segment. In the very first month, it sold 8453 units in October 2021 and after that in January, Panch crossed the sales mark of 10,000 units in January 2022 and after that there has been no less sales and in the month of July its 11,007 units were sold. Was.

The price of Tata Punch was increased in the month of April, this SUV from the company is currently available at a starting price of Rs 5.82 lakh which has been kept at Rs 9.49 lakh for the top variant Kaziranga variant. The Punch SUV has been made available in a total of four variants – Pure, Adventure, Exclusive, Creative.

For this, 4 accessory packs have also been made available, which ranges from Rs 30,000 to Rs 45,000 depending on the trims. It is to be given a 7-inch touchscreen infotainment system, Android Auto and Apple CarPlay, IRA Connected Car technology, 27 connected features have been given in it.

In terms of safety, reverse camera, cruise control, automatic rain sensing wipers, ABS with EBD, two airbags, ISOFIX anchors, corner stability control, tire puncture repair kit have been given. It measures 3,827 mm in length, 1,742 mm in width and 1,615 mm in height, in addition to a wheelbase of 2,445 mm. The SUV has a ground clearance of 187 mm and water vending capacity of 370 mm.

In the Tata Punch micro-SUV, the company is going to use its existing 1.2-litre, three-cylinder, Revotron petrol engine, this engine produces 85 bhp power at 6,000 rpm and 113 Nm of torque at 3,300 rpm. It also has the option of a 5-speed manual as well as an automatic gearbox.