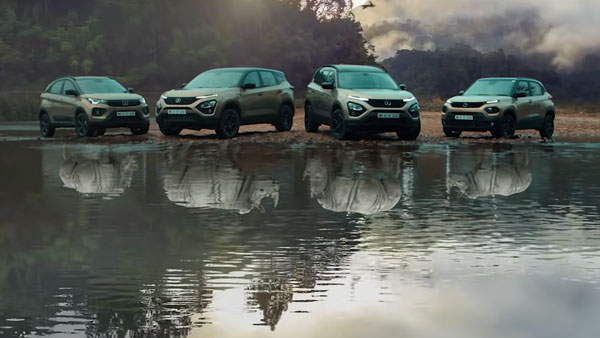 It can be seen in this video that all the SUVs are inspired by this national park and how they blend into this environment. It has been kept in Grassland Beige color which is easy to get from the jungle, its roof, door handles and ORVMs have been kept in Black colour. The interiors have been kept in earth beige color with black color, which gives the feel of this park from inside as well.

The most special punch is going to be in this, whose Kaziranga edition will be shown during the IPL. After this it will be auctioned and money will also come from it, it will be donated for the conservation of Kaziranga National Park. This is the first edition of its kind which is inspired by jungle and animal, due to which these special editions have been given its signs both inside and outside.

The black colored alloy wheels, badges and dechromed elements look good with this colour. Talking about the interiors, the Kaziranga Edition SUV gets a black dashboard with contrasting beige touches on the seats and door pads. The front seat headrest has a raised silhouette of a one-horned rhinoceros. The center trim on the dashboard of the Tata Punch is finished in beige, while the others have been kept in wooden trim.

The Tata Nexon, which is currently the best-selling compact SUV from the carmaker, has been specially equipped with ventilated seats. The inner upholstery of the Tata Nexon Kaziranga Edition will feature premium Beneque Calico dual-tone earthy beige leatherette. Talking about other features available in this special edition, the company has brought Inside Rear View Mirror or IRVM with auto dimming facility in these SUVs.

All the special editions will get the existing engines. The company’s flagship SUVs, the Tata Harrier and Safari, get a 2.0-litre diesel engine that churns out 170 bhp, while the Tata Punch only gets a 1.2-litre petrol engine that makes 86 bhp. The company introduced Panch Kaziranga Edition during the IPL 2022 auction and now Nexon, Harrier, Safari have also been brought in Kaziranga Edition.

The company already makes some models available in special editions which include Dark Edition, Gold Edition, Adventure Persona Edition etc. In such a situation, this special edition is being brought to spread awareness among the people, it comes with a great look and looks very attractive.