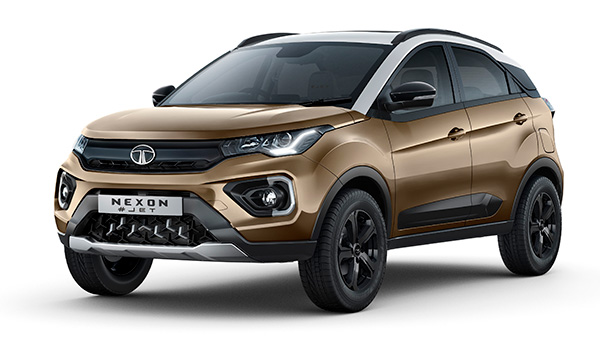 What and how is the Jet Edition model?

Tata’s Jet Edition, a luxury model based on the top variant of the existing model, comes with a unique dual tone – Starlight color option, with the body in bronze and the roof in platinum silver. At the same time, the cars have been given jet black alloy wheels and silver skid plates at the front and rear which make them very attractive.

Talking about their interior, the luxury dual-tone Oyster White and Granite Black color have been given. Techno-steel bronze finish mid pad on its instrument cluster, bronze accents have been given on the doors and floors. In front of this, jet embroidery has been used on the headrest of the seat and bronze thread has been used on the seats, which gives a luxury feel to the whole car.

In these, electronic parking brake has been given along with 4 disc brakes in manual and automatic. Wireless Android Auto, Apple CarPlay, Air Purifier and Wireless Charger are also provided in both the SUVs. To make the interior even better, it has been given Oyster White with three arrows, Benec-Calico leather seat and bronze accents have been used at some places.

With all the features of the top end model, this edition gets ventilated seats, electric sunroof with tilt function, air purifier with AQI display. A wireless charger has also been added to it. With this, the exterior and interior have been made available in new color options, due to which it looks very attractive.

The sales of Tata Motors are going great but to attract more and more customers in the festive season, the company has launched the new Jet Edition. This model looks extremely luxurious both inside and out, though customers will have to pay a little more for it.