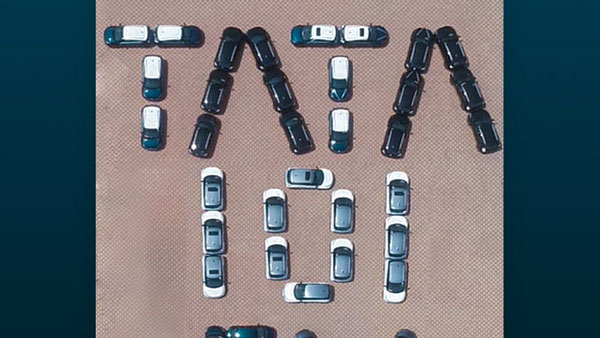 The EV arm of the company tweeted about the special occasion and wrote that “Tata Motors is excited to support the state’s vision of a clean and green environment by being an integral part of this journey.” Let us tell you that both the electric cars have gained immense popularity in the market.

Both these cars have been a huge success for the company, especially in the EV space. Tata Motors is currently the third largest selling car manufacturer in the Indian market, which is now trying its best to come in the second position.

The company also holds the record for the largest EV delivery event organized by a four wheeler OEM across the country, which was set when Tata Motors delivered 712 electric vehicles to individual customers in Maharashtra and Goa in a single day earlier this month. were delivered.

At the same time, Tata Tigor EV is being sold at a price of Rs 11.99 lakh to Rs 13.14 lakh (ex-showroom). Let us inform that recently information was revealed that Tata Motors has acquired the vacant plant of Ford Motors located in Sanand, Gujarat.

The company plans to produce more than 2 lakh electric vehicles at this plant by 2026. In this acquisition, Tata Motors will not lay off any existing employees from Ford’s plants. The plant has directly or indirectly employed 23,000 workers.