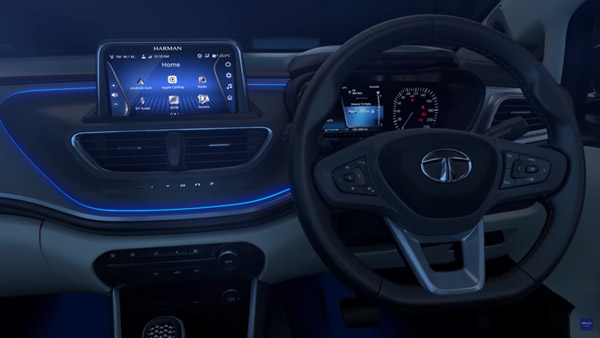 According to the information, Tata Motors is also going to give an upgraded touchscreen infotainment system to its Tata Altroz. While Tata Motors is yet to announce the official launch date of this car, the company is sharing some information through teasers.

Tata Motors has released the latest teaser for the Tata Altroz ​​DCA, in which the company has shown a large touchscreen with its slim bezels. This unit will replace the current 7-inch unit and will be used in the higher variants of the car.

Let us tell you that the automatic variant of Tata Altroz ​​will also be part of the #Dark range. Let us tell you that some time ago the company released a new video of this car, in which its new blue color was shown and this car was sliding on the ice.

The company has started booking the Tata Altroz ​​DCA from 5th March 2022 and it can be booked with an advance amount of Rs 21,000. According to the information, deliveries to Tata Altroz ​​DCA can be started from mid-March. Let us tell you that Tata Motors launched the Altroz ​​DCA in January 2020.

Talking about the engine available in it, the 1.2 liter Revotron engine is used in Tata Altroz. This engine provides power of 109 bhp and maximum torque of 140 Nm. The second engine is the 1.5 liter Revotorq diesel engine, which makes 90 bhp at 4000 rpm and 200 Nm of torque between 1250 rpm and 3000 rpm.