Tata Altroz ​​DCA will be launched in India on March 21, know what will be new 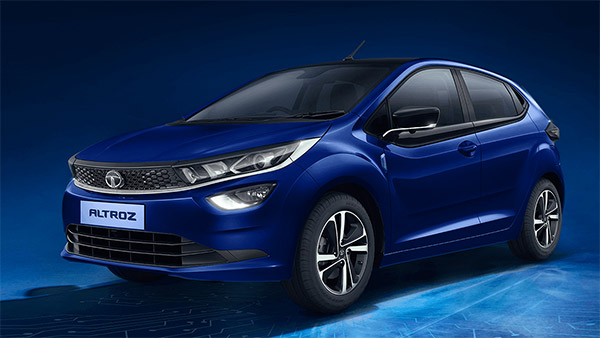 The Tata Altroz ​​DCA has been brought in a new Opera Blue color option, along with Downtown Red, Arcade Grey, Avenue White and Harbor Blue color options. This engine has been brought with the 1.2 liter Revotron engine, this engine provides power of 109 bhp and torque of 140 Newton meter. It will be given a 7-speed dual clutch gearbox and it has to be seen how much power the engine will give with it.

Tata Altroz ​​launched this car in January 2020 and till now its 1.25 lakh units have been sold. In such a situation, Tata Motors Altroz ​​has now brought this gearbox option to cater to the customers who want automatic. Although most of the customers opt for automatic along with petrol, while diesel ones prefer manual only.

The Tata Altroz ​​is made available in two engine options, the other being a 1.5 liter Revotorq diesel engine that produces 90 bhp at 4000 rpm and 200 Nm of torque between 1250 rpm and 3000 rpm. Tata Motors claims that the Altroz ​​delivers an ARAI-certified mileage of 15 to 20 kmpl in petrol and diesel engines.

Tata Motors has brought Altroz ​​with a plethora of features and equipment. Some of the key features include mood lighting, metal-finish door handles, LED headlamps, LED DRLs and taillights, automatic climate control, doors that open up to 90 degrees, electronically-adjustable and foldable ORVMs, fabric seats, cooled glove box and customizable Infotainment screen with support for Apple CarPlay and Android Auto, etc.

The LED DRLs are placed separately below the main headlamp cluster. Below that, a large air intake has been given in the middle of the front bumper. Both the grille and the air intake have been kept in black, which gives it a sporty look. The Tata Altroz ​​gets upswept window lines on the side and rear, while the wheel arches are fitted with 16-inch laser cut dual tone alloy wheels. The chrome elements have been kept very less at the rear, instead the black colored elements have been given on the boot and smoked taillights have been given on both the sides.