Take heart, this best selling SUV of Maruti is coming in CNG 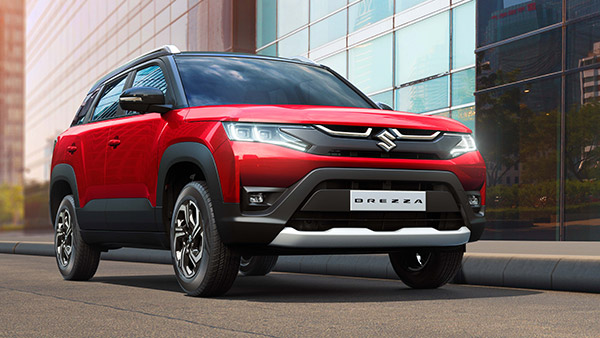 The company will use the same engine option in the CNG model as well. A switch will be given in the CNG model, which will allow the car to be changed to petrol or CNG mode. Maruti Suzuki Brezza CNG can be launched in both manual and automatic trims. The list of manual and automatic trims of the CNG powered Maruti Brezza has been seen on the official website of Maruti Suzuki Spare Parts. This shows that the company has completed preparations to launch CNG models.

How much power will be available in CNG?

The power and torque output of the Maruti Brezza CNG is expected to be similar to that of the Ertiga. The Maruti Brezza is also available with a 5-speed manual and a 6-speed automatic gearbox in CNG option. The 4-cylinder engine gets variable valve timing for both inlet and exhaust valves (Dual VVT) and dual fuel injectors on each cylinder (DualJet).

The same features will be given in the CNG powered version of this engine as well. Maruti Suzuki will design the engine more robustly for CNG and will also adjust the suspension to deal with the extra weight of the CNG kit. The CNG kit will be fitted in the boot of the Brezza on which the company will offer a factory warranty. The boot space is expected to be reduced due to the CNG cylinder in the boot. However, it will be the endeavor of the company that even after the installation of CNG kit, customers get enough space.

The CNG powered Brezza could cost around Rs 40,000 more than the petrol model. The Brezza CNG would be best for those who want to get a high mileage SUV for city driving.

The Brezza will also be better suited for CNG highway driving as it gets dual fuel functionality where the driver can switch from CNG to petrol mode with the push of a button. This SUV will also come in handy in places where the availability of CNG is less. Maruti Suzuki may make an official announcement about the Brezza CNG in the coming weeks.