Take advantage of the opportunity! Discount up to ₹ 85 thousand on Tata vehicles, just a few days offer 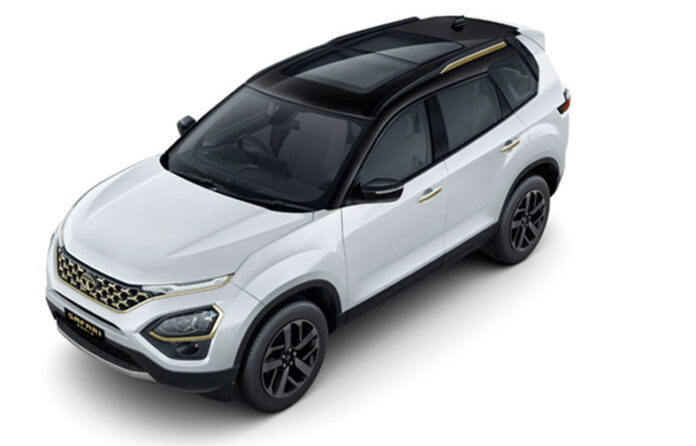 Tata Harrier (Discount up to Rs 85,000)
This mid-size SUV from Tata is being given a discount of up to Rs 85 thousand. This includes individual benefit of Rs 60,000 and corporate benefit of Rs 25,000. Tata Harrier gets a 2.0-litre diesel engine, which is mated to a 6-speed manual and 6-speed automatic gearbox.

Tata Safari (discount up to Rs 60,000)
This mid-size SUV from Tata is being given a discount of up to 60 thousand rupees. The price of this 7 seater SUV starts from Rs 14.99 lakh and goes up to Rs 23.29 lakh. It gets a 2.0-litre diesel engine similar to the Harrier, which is mated to a 6-speed manual and 6-speed automatic gearbox.

Tata Tigor (Discount up to Rs 35,000)
The Tata Tigor is a compact sedan from the company, with prices starting from Rs 5.79 lakh and going up to Rs 8.41 lakh. In this, the company offers a 1.2-litre three-cylinder petrol engine (86PS/113Nm), which is mated to a 5-speed manual and 5-speed AMT. It competes with vehicles like Maruti Suzuki Dzire, Hyundai Aura, and Honda Amaze.

Tata Tiago (discount up to Rs 30,000)
Tata Tiago is the hatchback version of the company’s Tata Tigor. Engine and features are also similar in this. You can take Tigor in March at a discount of up to 30 thousand. It gets a 1.2-litre three-cylinder petrol engine (86PS/113Nm), which is mated to a 5-speed manual and a 5-speed AMT. It competes with vehicles like Maruti Suzuki WagonR, Hyundai Santro.

Tata Nexon (Discount up to Rs 25,000)
Tata Nexon has been the best selling SUV in February. In March, there is a discount of up to Rs 25,000 on it. It is available with 110hp, 1.5-litre turbo-diesel and 120hp, 1.2-litre turbo-petrol engines, both mated to manual and AMT gearbox options. It competes with vehicles like Hyundai Venue, Kia Sonet and Maruti Vitara Brezza. The Nexon has also received a 5-star safety rating from the Global NCAP.