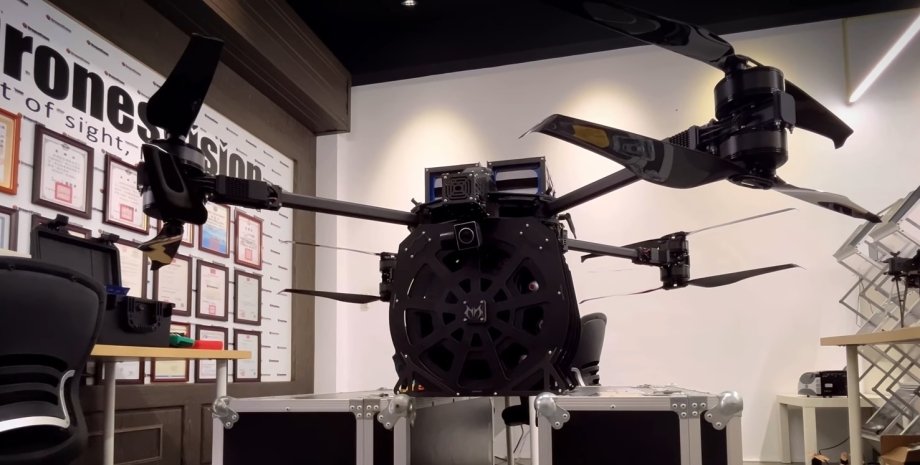 According to Polish media, 800 Revolver 860 combat drones, which are described as “flying mortars (mortars)” (flying mortars), were delivered to Ukraine.

The large quadcopter is described as a “flying mortar” due to a rotating drum unit that can hold eight 60mm mortar rounds. The UAV weighs 42 kg and has a diameter of 1.35 m. Equipped with eight 60-mm mortar shells, it can fly up to 20 kilometers and stay in the air for 20 to 40 minutes.

The Taiwanese-made drone is unique in that its 8-position “drum” can rotate and fire mortar rounds one at a time. The manufacturer’s website also states that the UAV can be modified to carry 81mm and 120mm mortar shells.

Manufacturer DronesVision said that given the “complex and changing international situation”, the company can only report that it has customers in Poland. However, the manufacturer admitted that his products were supplied for military operations in Ukraine and that they “should have already participated in the battles.”

A DronesVision spokesperson told Taiwan News that the company only ships drones to customers in Poland. Due to non-disclosure agreements with its customers, the company was unable to comment on what customers do with the products or where they might be shipped.

Although direct deliveries of its products to Ukraine were stopped due to the war, the number of drones ordered and the number of companies placing orders from Poland continued to rise over the past five months, according to a company representative.