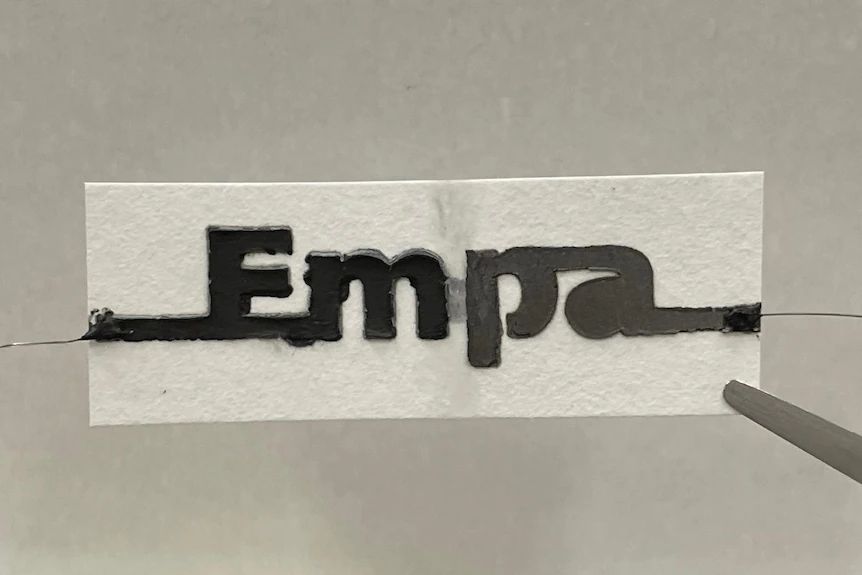 Developers from Switzerland have created a battery that can be considered environmentally friendly and fully biodegradable, because it is made of paper coated with table salt.

Graphite particles are deposited on one side of the paper strip to form the cathode. On the other side is zinc, which allows you to create an anode. In both cases, a special paint is used. To start the battery, you just need to drop a few drops of water on the paper, after which the salt will dissolve and the redox reaction will begin due to ionic conductivity.

The zinc will oxidize, which will release electrons. If you connect a load to the contacts, then the flow of electrons will go to the cathode, where a reduction reaction will take place using oxygen. That is, in fact, it will be an ordinary battery. As noted, the process will continue until the water dries up or until the end of the zinc supply.

Regarding the power of such a battery, during the first wetting, the voltage without load will be 1.2 V, with the second – about 0.5 V. In both cases, the battery worked for an hour. It is also noted that the battery was able to power the electronic alarm clock for about an hour.

So far, the solution has problems. For example, you still need to find a way for the battery not to dry out ahead of time, but this is already a purely engineering task. The commercial launch of the production of such batteries has not yet been announced, but scientists believe that they will find application as backup power sources.