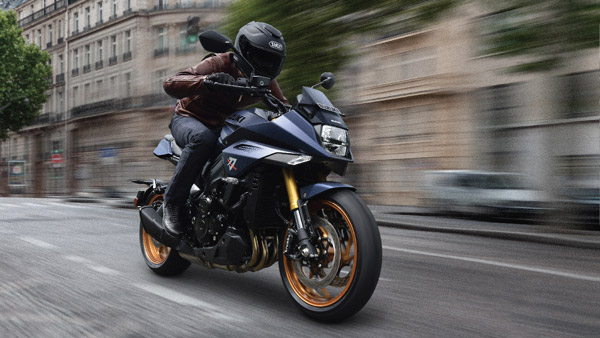 The new Suzuki Katana is based on the Suzuki GSX-S1000F and is powered by a 999cc, liquid-cooled, inline 4-cylinder, DOHC K5 engine that churns out 150bhp at 11,000rpm and 106Nm of torque at 9,250rpm. It is equipped with an electronically controlled throttle. The bike has been updated with new camshafts, valve springs, clutch and new exhaust system.

Talking about the design, Suzuki has introduced a new look while retaining the original design of the Katana. The entire bodywork of the new katana is similar to that of the old katana. However, the bike now comes with a more sharp and angular bodywork with a lightweight double-beam aluminum frame and stronger swingarm.

Commenting on the launch, Satoshi Uchida, Managing Director, Suzuki Motorcycle India Pvt Ltd said, “We are proud to announce the launch of the Katana in India. The Katana reflects Suzuki’s commitment to the finest of craftsmanship. The Katana The launch of the key is a part of our strategy to strengthen our larger bike portfolio in the country.”