Sunspot on the Sun growing rapidly, the danger of solar flares! What will be the effect on Earth? 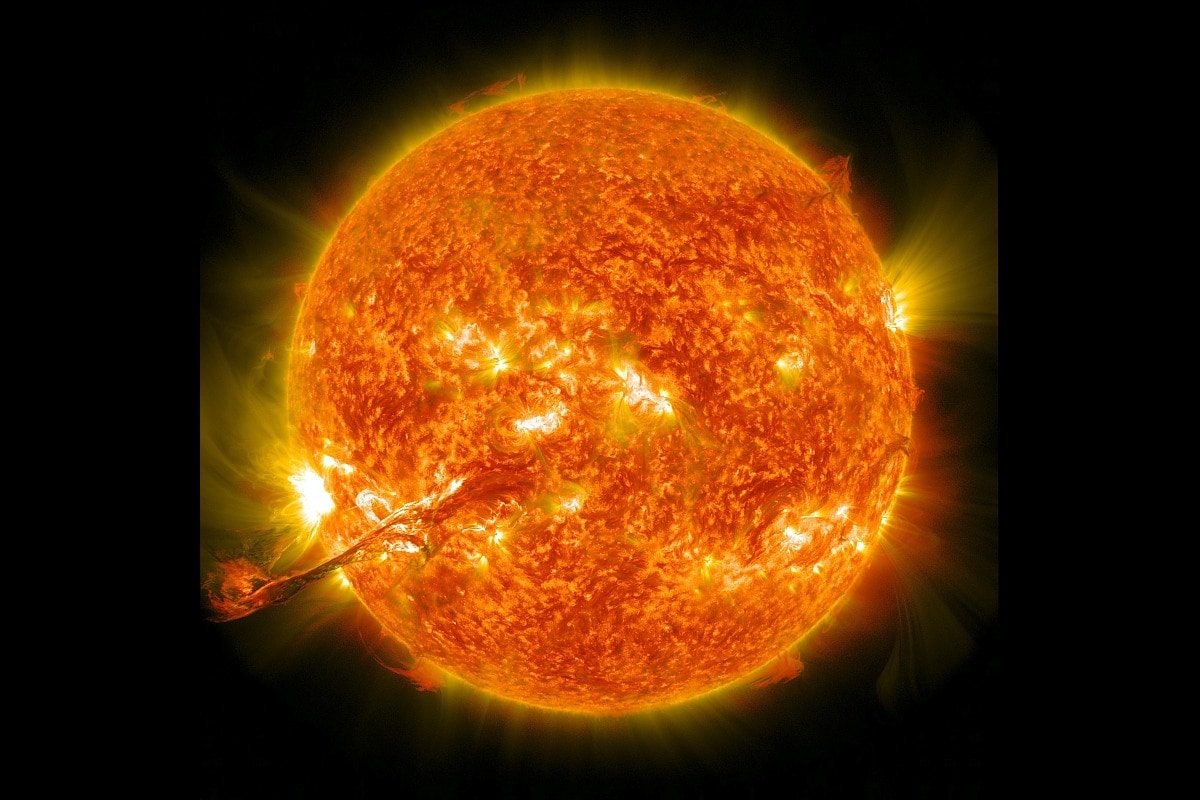 Experts have detected a spot on the surface of the Sun, which is growing very fast. It is now three times the size of Earth. Recently this sunspot was focused towards the Earth. This was likely to lead to solar flares and aurorae. Keep in mind that satellites can be affected by the effect of solar flares. These can damage the power grid on earth. Although scientists believe that this phenomenon is not unusual. This was expected to happen in this time of solar cycle and people need not worry because of it.

Active Region 3038 (AR 3038) No need to worry about sunspots. Rob Steinberg, head of the US National Oceanic and Atmospheric Administration (NOAA) Space Weather Forecast Office accordingSuch a rapid increase in sunspots is not an unusual phenomenon.

Steinberg said that this solar cycle was expected to increase sunspots. It is an 11-year-long solar cycle, which started again in 2019. Allaying fears about sunspots, Steinberg said such sunspots are unlikely to trigger any dangerous solar flares that could damage satellites or affect power grids.

When the Sun’s magnetic energy is released, the emitted light and particles form solar flares. These flares are the most powerful explosions ever in our solar system, releasing energy comparable to billions of hydrogen bombs. The energetic particles present in them travel at the speed of light and also have coronal mass ejection.

On the other hand, if we talk about coronal mass ejection or CME, then these are big clouds of solar plasma. After a solar explosion, these clouds spread into the Sun’s magnetic field in space. Due to their rotation in space, they expand and often they reach a distance of several lakh miles. Sometimes they collide with the magnetic field of the planets. When their direction is towards the Earth, they can cause geomagnetic disturbances. These can also cause short circuits in satellites and affect the power grid. If their effect is high, they can also put the astronauts in Earth’s orbit at risk.