Such a design given to Yamaha Scooter, everyone understands the sports bike, the heart will come to see the pictures 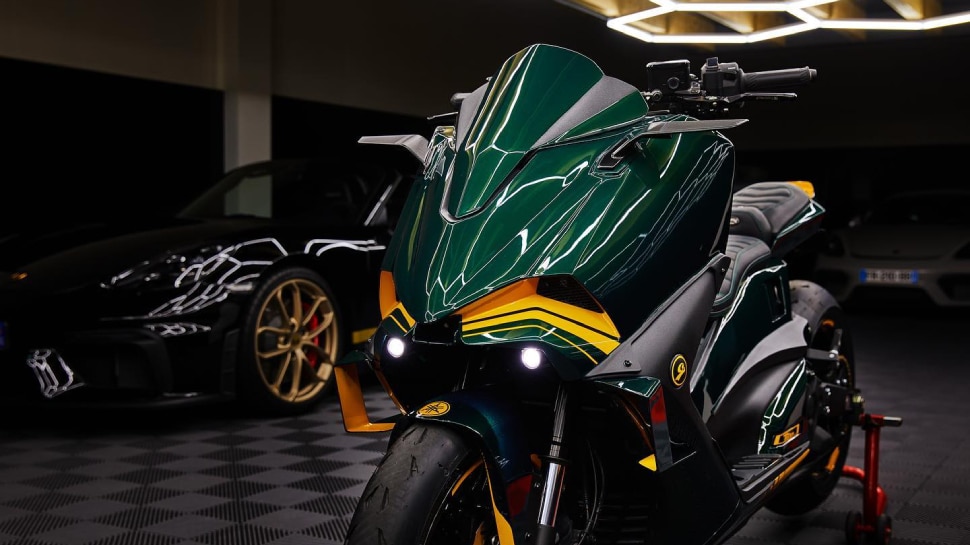 Yamaha scooter modified: Yamaha brought a scooter named Yamaha TMAX in the year 2000, which was in the news due to its design. Now Ortolani Customs, a workshop in France, has given this scooter a more dangerous design.

Yamaha Tmax Modification: Popular two wheeler company Yamaha sells bikes and scooters in India as well as many other countries. The company had brought a scooter named Yamaha TMAX in the year 2000, which was in the news due to its design. This scooter was given the design of maxi-scooters. The company is still selling it in the European market. Now Ortolani Customs, a workshop in France, has given this scooter a more dangerous design. You will see this scooter with a new look no less than a sports bike. After customization, this scooter has been named ‘Titan’.

Seeing the pictures of the scooter, your heart can also fall on it. Let us know what has been changed in this. In the modification, not only has the scooter been made more dynamic, but its performance has also been improved. The plastic bodywork has been omitted from the customized Yamaha TMax. Instead, handmade panels made of aluminum have been given in the scooter. At the front, it looks like a Yamaha R1. It has a dual tone theme.

The modified scooter gets bigger 17-inch wheels, which are borrowed from the Aprilia RSV4. Apart from changing the wheels, the braking has also been upgraded along with ABS. The power of the engine has also increased to more than 50hp, which was 47hp earlier. The minimal bodywork and light aftermarket exhaust have resulted in a huge jump in the power-to-weight ratio.