Such a car should appear in Russia. A huge pickup truck based on the Tank 500 goes into production 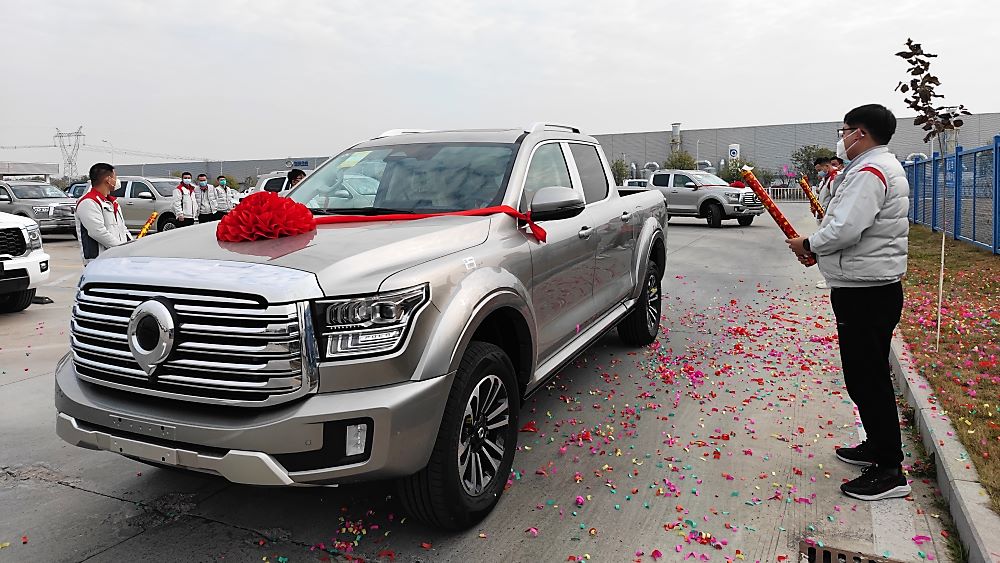 According to Chinese Automobiles, the production of the flagship Great Wall Shanhai Poer pickup truck, which was presented in August at the Chengdu Motor Show, began in China.

The new model is based on the tank 500 off-road vehicle, which will be sold in Russia in the first half of next year. 2023. Between the Tank 500 and the Great Wall Shanhai Poer, there are common features both in the front of the body and in the cabin.

Great Wall believes in the success of this model, which will receive several versions, including a brutal off-road layout and a six-wheeled 6 x 6 Shanhai Poer variant, which is already being road tested.

In addition, the Chinese manufacturer intends to bring this model to the international market, so the Great Wall Shanhai Poer should also appear in Russia, where the Poer line is already on sale.

The dimensions of the Great Wall Shanhai Poer are 5440 x 1991 x 1924 mm with a wheelbase of 3350 mm. The car received a 3-liter six-cylinder engine with two turbines, which develops 354 hp. and 500 Nm of torque. It works with a 9-speed “automatic”. The car will receive four-wheel drive with BorgWarner electromagnetic clutch.

Prices have not yet been announced.