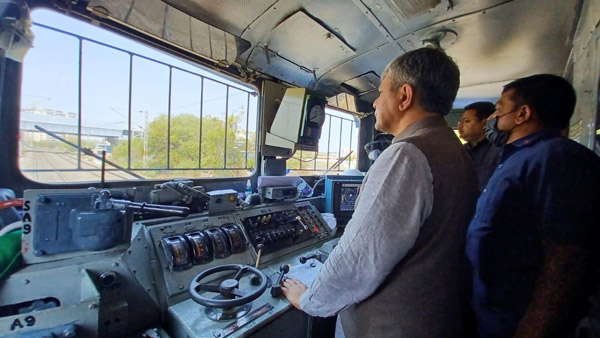 During the trial, two trains were run on the same track in opposite directions from each other. Ashwini Vaishnav in one train and VK in the other. Tripathi was on board. The test of technology was successful and both the trains came to a halt 380 meters before each other.

To help the Railways meet its objective of ‘Zero Accident’, the Automated Train Protection (ATP) system has been made in-house. Kavach is a system that automatically stops a train when it detects another train on the same track within a certain range.

Explain that according to the plan of the Ministry of Railways, a railway network of 2 thousand kilometers will be covered under the armor technology. This will improve both the convenience and safety of the passengers. Along with this, the speed of the train will also improve and will help in reducing the accidents effectively.

What is the ‘Kavach’ of Indian Railways?

According to the information, Kavach is an anti-collision device network, which is based on radio communication, microprocessor, globe positioning system technology. With the help of this technology, it is expected that the Railways will be successful in achieving the goal of ‘Zero Accidents’.

Under this, when it is used on two oncoming trains, this technology will start automatic braking action by making them assess each other and assess the risk of collision. This will prevent trains from colliding.

Regarding the reliability of this technology, Railway Minister Ashwin Vaishnav said that it is SIL4 certified which means that there is a possibility of a mistake in 10,000 years.