Stylish Smartwatch to make Dil Mastane, will last up to 45 days on full charge; Know the price and strong features 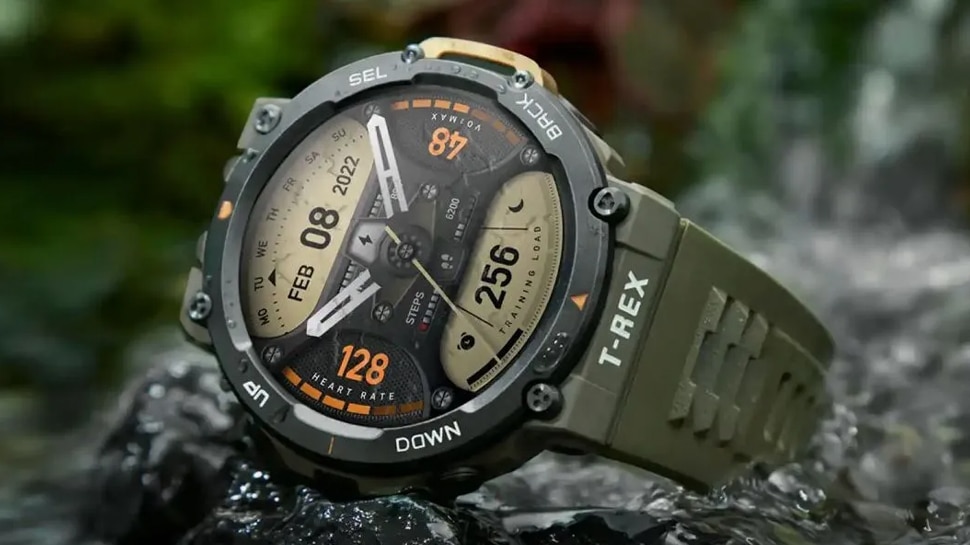 The Amazfit T-Rex 2 retains its rugged and sleek design. It is equipped with a 1.39-inch AMOLED screen. The watch weighs 66.5 grams which includes the strap and comes with 15 military certifications. The watch can be used in extremely cold weather (-30 degrees). It is also built with a water resistance level of up to 100 meters, navigation, and other functions. The Amazfit T-Rex 2 packs four prominent stainless steel metal buttons.

The strap is made of antibacterial silicone material, which can effectively reduce the chances of allergies. It is skin friendly and comfortable. The T-Rex 2 battery is treated with a special process, which not only can be stored in extremely low temperatures but can also be used in environments up to -30°C. Key functions such as time, compass, barometric altimeter, and sport mode can still be turned on as normal.

The smartwatch also comes with support for over 150 sport modes like mountaineering, skiing, fishing and more. Under the hood, there is a 500mAh battery that offers up to 24 days of battery life on normal usage. Battery life lasts up to 45 days in basic watch mode and up to 10 days in heavy usage.

Amazfit T-Rex 2 comes in four color options and will be available for sale in China on 31st May. It is expected that it will be launched in the global market soon.