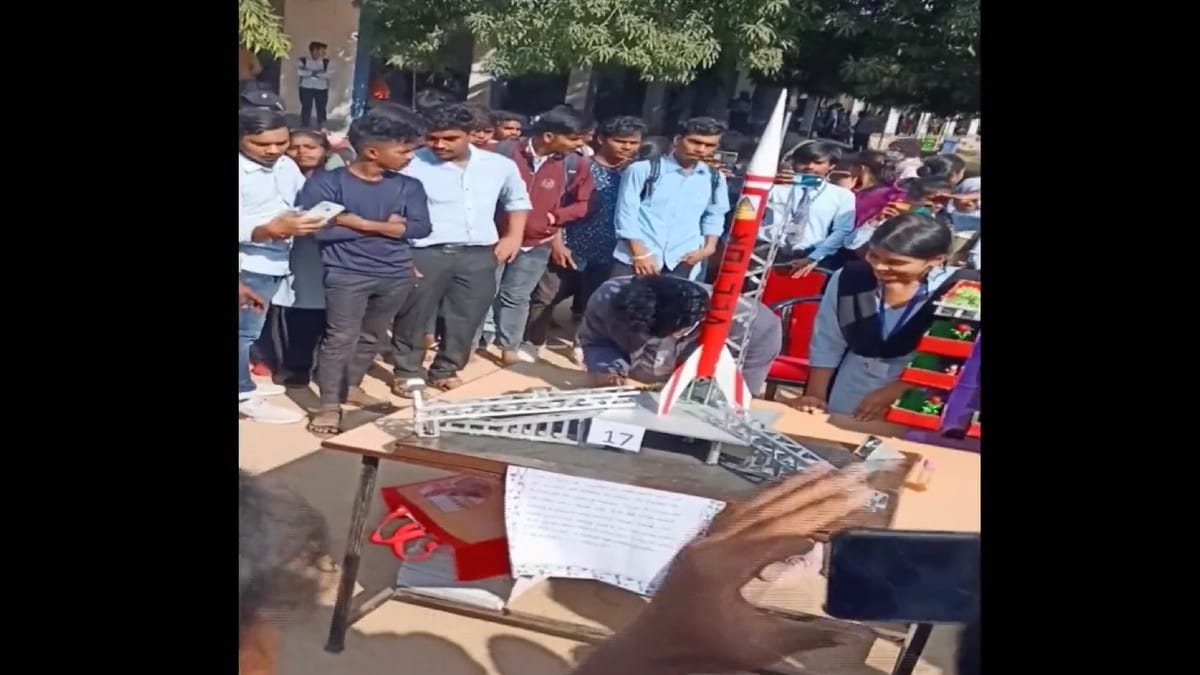 An incident happened on Monday in Ghatshila College of Jharkhand surprised. There, when the students started showing the rocket prepared under a science project, it exploded. The sudden explosion created panic. 11 students have received minor injuries in this accident. All the students were taken to the nearest hospital for treatment. The explosion in the rocket was of low intensity, due to which there was no major accident. A video related to the rocket explosion has also surfaced, which shows students preparing to test the rocket when it explodes.

According to media reports and a video tweeted by ANI, this rocket was prepared by the students of Physics Department. The rocket was first tested. After the test was successful, he was brought to show in the exhibition.

At the time when preparations were going on to test the rocket, students, teachers and guests were present on the spot. The students had told them that rockets also explode in flight. Preparations were underway to launch the rocket in an open space. According to media reports, then a mistake happened. Instead of flying, another child pressed the button to explode the rocket. Because of this the rocket exploded there. This created panic on the spot. The children present around have received injuries.

People associated with the school told that 11 children were injured in the incident, but the condition of none is serious. No one had any idea that something like this would happen. Although the video surprises, because if this explosion was of high intensity, serious damage could also have happened. The children got scared after the accident. The parents also got scared. Although the teachers tried their best to handle the situation.

Facebook accused of intentionally draining the battery of users’ smartphones