Students made an electric car to clean the air from junk, know how it works 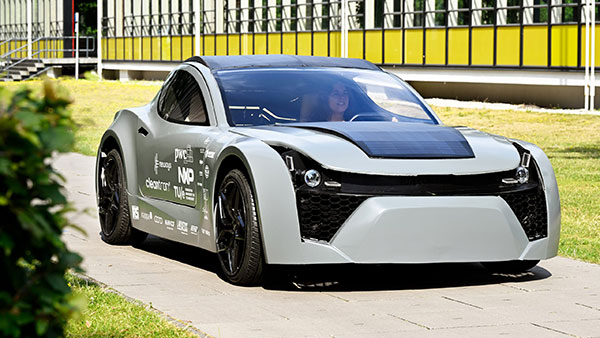 The students claim that it absorbs the carbon of the place it passes through, that is, this car does not cause pollution when driving, but the car itself reduces pollution in a special way. The car has been named the GEM (ZEM). It has been given this name because it is a zero emission mobility vehicle.

It is made by adding junk. Cleantrom Lithium Ion battery has been used in this car and most of its parts are 3D printed. The concept EV is powered by a 22kW motor and uses regenerative braking to achieve maximum efficiency.

Along with this, two filters have also been installed in this car, which have the ability to absorb two kilograms of carbon dioxide during driving of 20 thousand miles. Wherever this car is driven, it absorbs carbon from the air around it.

When a special method has been used in making the car, then obviously the design of the car will also be different. The look of the car also looks like a super car BMW Coupe. The students have not patented it yet and they are hoping that the big car makers take inspiration from this car and make a car that can work better in the future.

The team of 35 students who built this prototype car calls it ‘Direct Air Capture Technology’. Solar panels have also been integrated in the hood and roof in this electric car, so that solar energy can also be used.

The technology of this car that cleans the air is very good. Considering the increasing pollution from vehicles in the world, such a car will be very useful, which will be helpful in purifying the environment instead of polluting it.