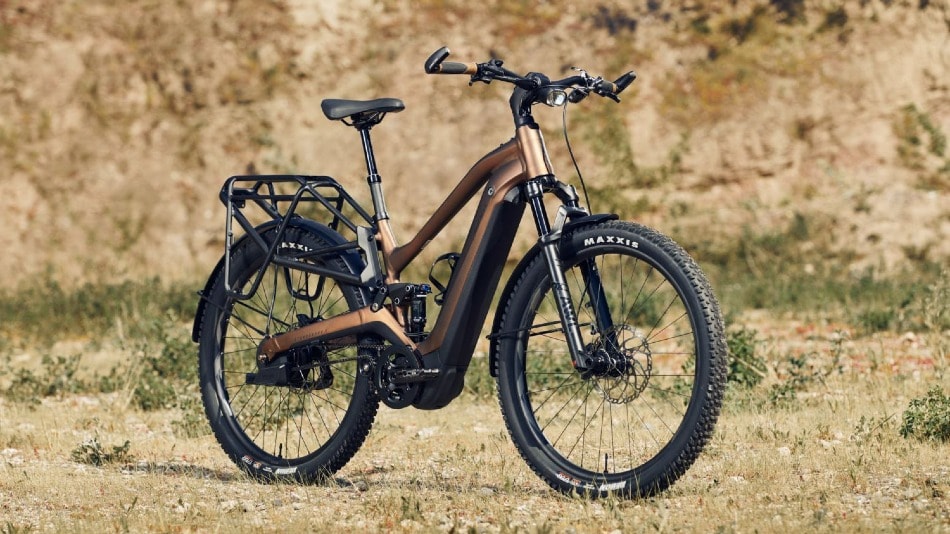 Giant Bicycles has launched the Stormguard E+ e-bike, which can offer a whopping range of 200 km. What’s more, the range can be extended by another 200 km by adding an additional range extender battery pack. In addition, the RideDash Evo display fitted to the Stormguard e-bike enables the rider to connect to a smartphone to view fitness data such as heart rate as well as receive emails.

The Giant Stormguard E+ e-bike has been made available in parts of Europe, such as the Netherlands, France and Sweden. It is priced at Euro 6,499 (roughly Rs. 5,50,000) and is available in different sizes from S to XL. No information has been given yet on the availability of this e-bike in other countries including India.

e-bike Talking about the features, the company says that it has been designed for easy handling and comfortable travel in difficult terrains. It gets full front and rear suspension system. For braking, it has been fitted with Shimano M6120 or Shimano MT420 brakes. The payload of the e-bike is around 156 kg.

Coming to some technical specifications. Stormguard E+ electric bicycle It gets an EnergyPak 800 battery pack with a capacity of 800Wh, which according to the company, is capable of providing an assisted range of up to 200 km. The range can be further increased to 200 km with the optional 250Wh range extender battery. The e-bike is equipped with the SyncDrive Pro 2 electric motor jointly developed by the giant and Yamaha. The motor gives maximum torque of 85Nm.

e-bike Equipped with six smart sensors, which monitor pedaling power and adjust the assistance appropriately. The RideDash Evo display enables the rider to connect to a smartphone to view fitness data such as heart rate, as well as receive email.