Stock market’s bigbull Rakesh Jhunjhunwala is no more, died at the age of 62 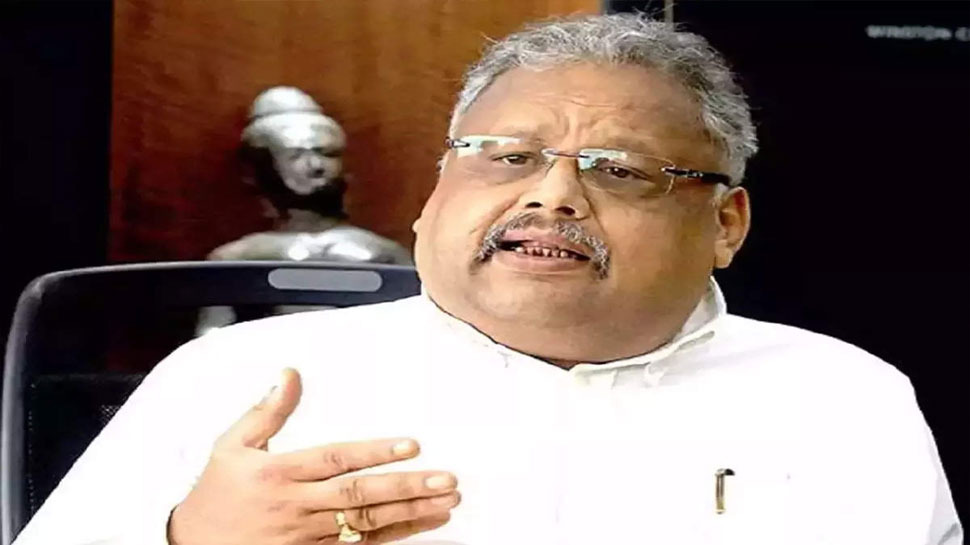 Jhunjhunwala passed away early this morning due to a cardiac arrest, a source in his newly set up airline said.

A self-made trader, investor and businessman, he was also known as the ‘Big Bull’ of Dalal Street. With an estimated net worth of around USD 5.8 billion (about Rs 46,000 crore), Jhunjhunwala was the 36th richest billionaire in India, according to Forbes’ 2021 listing.

Son of an income tax officer, he is survived by his wife and three children.

A chartered accountant by education, he had not been keeping well for the last few months because of a kidney ailment. He was seen on a wheelchair at recent public events.

Jhunjhunwala was brought dead at the Breach Candy hospital early on Sunday morning. Suffering from kidney disease and ischemic heart disease, the hospital certified that cardiac arrest was the cause of his death.

His last rites will be performed in the evening after his brother arrives from Dubai.

Starting off his journey in stock markets while still in college with a capital of just Rs 5,000, he recently teamed up with ex-Jet Airways CEO Vinay Dube and former IndiGo head Aditya Ghosh to launch Akasa Air — India’s newest budget carrier. The airline began commercial operations this month with its maiden flight from Mumbai to Ahmedabad.

Jhunjhunwala had in previous interviews stated that he became fascinated with stocks as a child after watching his father balance his market investments. He made his first investment in the stock market in 1985 when he was 25 years old with money borrowed from a relative.

The Bombay Stock Exchange’s benchmark index Sensex was at 150 when he began investing. It now trades at over 59,000 points.

He had the reputation of being a risk-taker in his investments, many of which paid off spectacularly. He was described as an investor who has “acquired legendary Midas touch by picking winning stocks”.

He was also the chairman of Hungama Media and Aptech and sat on the board of directors of firms such as Viceroy Hotels, Concord Biotech, Provogue India and Geojit Financial Services.

Born on July 5, 1960 in a Rajasthani family, Jhunjhunwala grew up in Bombay, where his father worked as a Commissioner of Income Tax. He graduated from Sydenham College and thereafter enrolled at the Institute of Chartered Accountants of India.

His privately-owned stock trading firm Rare Enterprises derived its name from the first two letters of his name and that of his wife Rekha, who is also a stock market investor.

Prime Minister Narendra Modi, who met Jhunjhunwala and his wife last year, described him as indomitable, full of life, witty and insightful.

“He leaves behind an indelible contribution to the financial world. He was also very passionate about India’s progress. His passing away is saddening. My condolences to his family and admirers. Om Shanti,” Modi tweeted.

Other politicians and industry leaders too mourned his death.

“Extremely saddened by the untimely passing away of the most legendary investor that India has had. Shri Jhunjhunwala inspired an entire generation to believe in our equity markets with his brilliant views. We will miss him. India will miss him but we will never forget him. RIP,” Adani tweeted.

“This conviction led him to consistently make bold decisions throughout his life and career. He had tremendous regard for the Tata Group. Mr. Jhunjhunwala’s passing is an irreparable loss and we extend our deep condolences to his family and friends,” he added.

Mining baron Anil Agarwal said Jhunjhunwala will forever be known as the man who popularised public understanding of stock markets.

“Breaks my heart to know that a friend of mine, and more widely known as the big bull of our stock market, is no more…Rakesh Jhunjhunwala will forever be known as the man who popularised public understanding of stock markets. My prayers go out to his family & friends. Om Shanti,” he tweeted. PTI