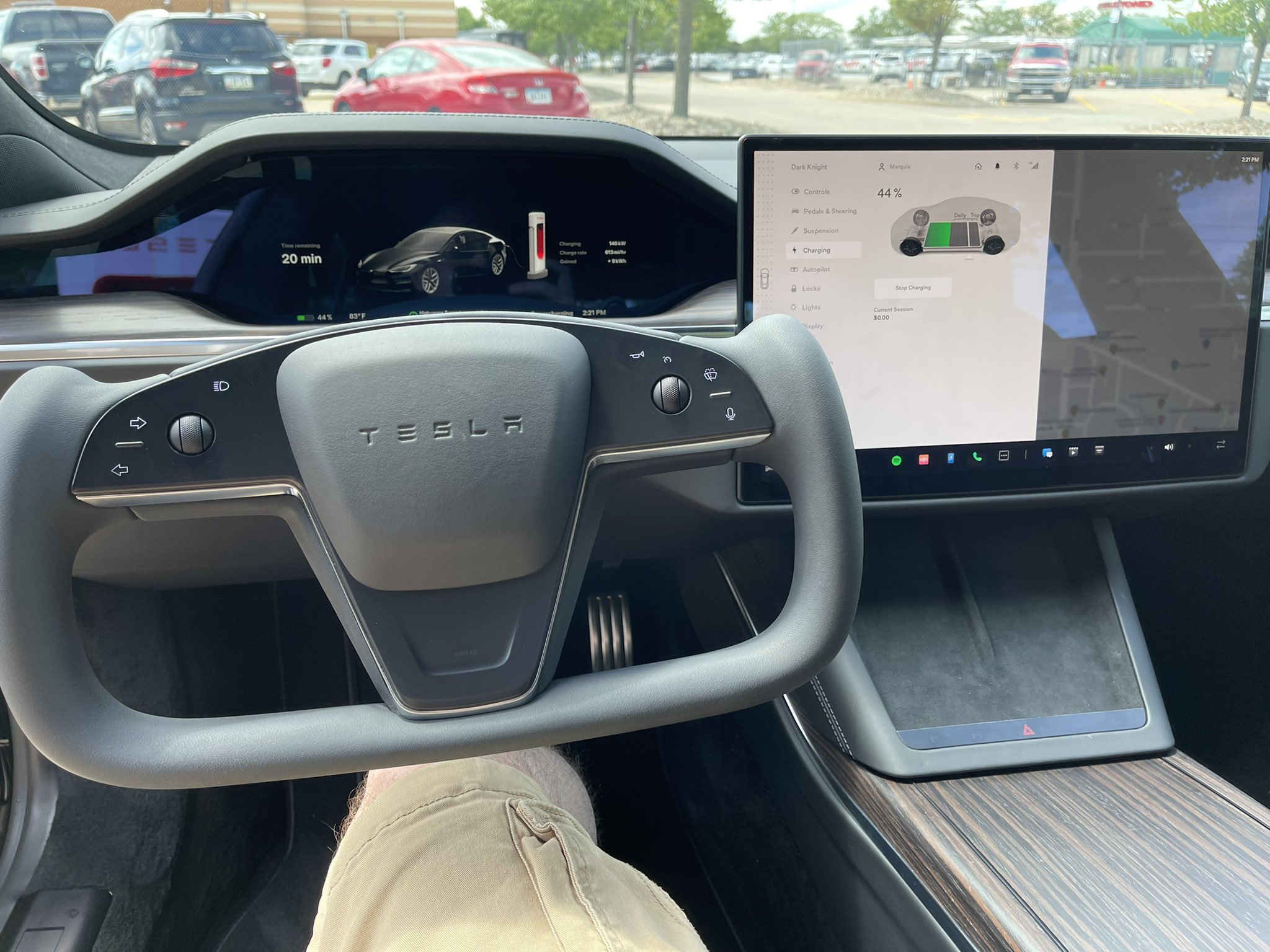 Back in January last year, Tesla announced that it would reinvent the steering wheel. In June, the first Tesla Model S Plaid customers received their cars with steering wheels instead of the usual steering wheel, while most remained unhappy with the changes.

This shape of the steering wheel is not very convenient when driving in the city and when parking, when you need to turn it several times. The buttons on the steering wheel are also responsible for the direction indicators. At the same time, the head of Tesla, Elon Musk, said that they will not equip the updated Model S with a traditional steering wheel. Sources say the company was considering a traditional handlebar solution, but for some reason that solution was dropped.

Tesla tuning company T Sportline said it is offering a more familiar steering wheel shape for the new Tesla Model S to meet the needs of most drivers. The T Sportline currently has two versions of the modified steering wheel to choose from, including a leather steering wheel, priced at $2,299. Another option adds carbon fiber parts, priced at $3,499. It is worth noting that both handlebars are not standard and are cut off at the top and bottom. More precisely, it looks as if the original steering wheel was simply built up from above.

Although this is a lot, at a price of more than 130 thousand dollars, such an extra charge for the wheel does not seem fantastic.