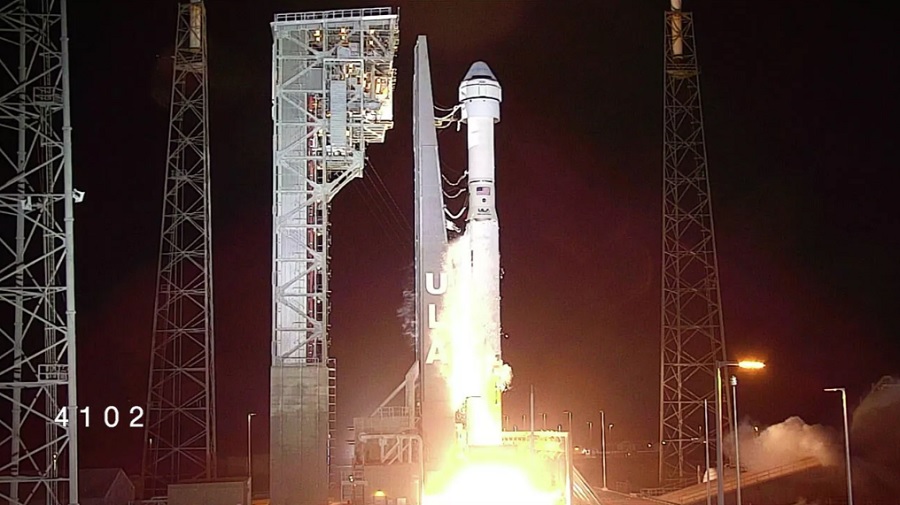 Boeing has announced that the first manned flight of its Starliner spacecraft to the International Space Station (ISS) will take place no earlier than April 2023. Recall that it was originally planned that Starliner would fly with astronauts at the end of 2022, but then it was announced that the launch rescheduled at the beginning of 2023. Then problems with the operation of engines and software were identified, and a NASA representative said that the Starliner manned mission could start around February next year. And now the launch has been moved even further – to April.

According to Boeing, the departure time of the CST-100 Starliner was chosen taking into account the schedule of the ISS and in accordance with the schedule of all ships arriving at the station. April next year, the company called the optimal time for this, adding that now the crew training continues in accordance with the new mission launch dates. Earlier it was reported that Barry Wilmore (ship commander) and Sunita Williams (pilot) will fly on this ship.

Thus, no new problems with the Boeing Starliner are reported, at least officially, and the postponement of the launch is explained only by the schedule of the ISS. So far, Starliner has made two unmanned flights, and the ship has managed to dock with the ISS only for the second time. During the first launch, back in 2019, the spacecraft had to be brought back to Earth because it went off course. It is also worth mentioning that the former head of Roscosmos Dmitry Rogozin to the Starliner did not trust and refused to put Russian cosmonauts there, so as not to risk their lives.