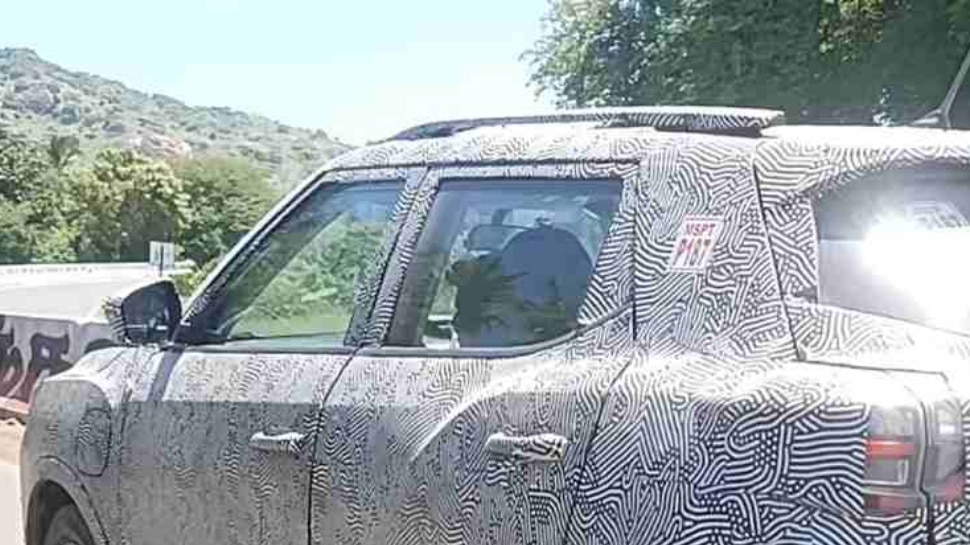 Mahindra XUV400 EV: The new Mahindra XUV400 electric SUV with a production body panel has been spied on road testing. It will be based on the X100 platform sourced from SsangYong, which is also on the XUV300 compact SUV.

The increase in size will help Mahindra create more boot space in the XUV400 Electric. The model that was seen during testing was completely covered. However, it looked very similar to the XUV300 electric concept. The XUV300 electric concept was showcased at the 2020 Auto Expo. The front headlights and LED DRL (Daytime Running Lamp) of the spied model look similar to the concept model.

The Mahindra XUV400 will get a closed-off front grille and lower bumper design similar to the Mahindra XUV300 concept. It gets a small air dam at the bottom of the bumper, which was kept closed in the concept model. The cabin of the new XUV400 will be similar to the XUV300 EV concept. However, the SUV will get modern design bits and features along with the Adreno-X infotainment system. Its cabin will look premium.

The high-energy-dense NMC cells for Mahindra’s upcoming XUV400 electric SUV will be sourced from LG Chem. It is claimed about these cells that they are better than the cylindrical LFP cell coming in Tata Nexon EV. NMC Sales will help Mahindra offer more power and longer range in the new XUV400.

The new XUV400 is expected to offer a range of over 400 km on a single charge. It will be a direct rival to the MG ZS EV, Hyundai Kona EV and Tata Nexon EV Max. The starting price of Nexon EV Max is Rs 18.34 lakh. The price of the new Mahindra XUV400 Electric is expected to be between Rs 18 lakh and Rs 25 lakh.