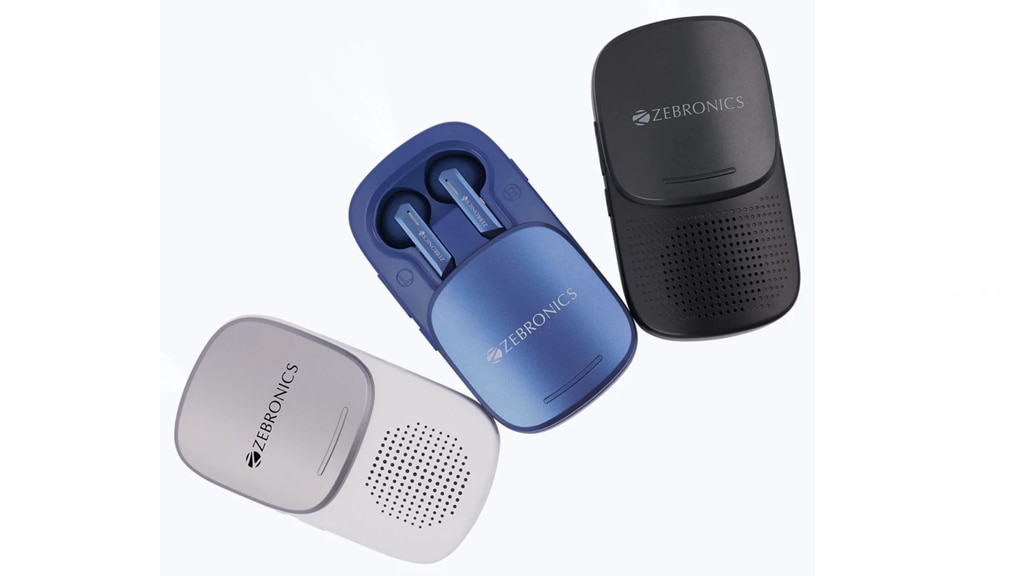 Speaker Under Rs 1500: Such a device has been launched in India, which can do three things. This small device has earbuds, speaker and torch. It fits easily in the pocket. Its price is also less than 1500 rupees.

Now multifunctional devices are coming in the market. Zebronics has launched a new TWS earphone in India, which can do three things. It is a three-in-one audio device named Zeb-Sound Bomb X1. It has wireless earphones, portable speaker and a torch. The company has claimed that it comes with a splashproof case. Means it will not get damaged in rain or due to water splash. Let’s know the price and features of Zeb-Sound Bomb X1…

The price of Zebronics Zeb-Sound Bomb X1 in India is Rs 1,399. It comes in three colors (Blue, Black and White). It can be bought from Amazon.

Ribbon is also available for hanging in Zebronics Zeb-Sound Bomb X1. It has a portable splash proof design. Its design is also like a candybar and earbuds fit in the top. Speaker grills are found at the bottom, which act as speakers. There are two speaker buttons on the left side of the device. The earphone is equipped with a 13mm driver unit and the speaker is equipped with a 36mm driver. It comes with the support of Google Assistant and Siri.

Zebronics Zeb-Sound Bomb X1 has a strong battery, it can run for 30 hours in full charge. It is claimed that the speaker will give playback time of up to 19 hours. The earphone can be used for up to 5 hours.