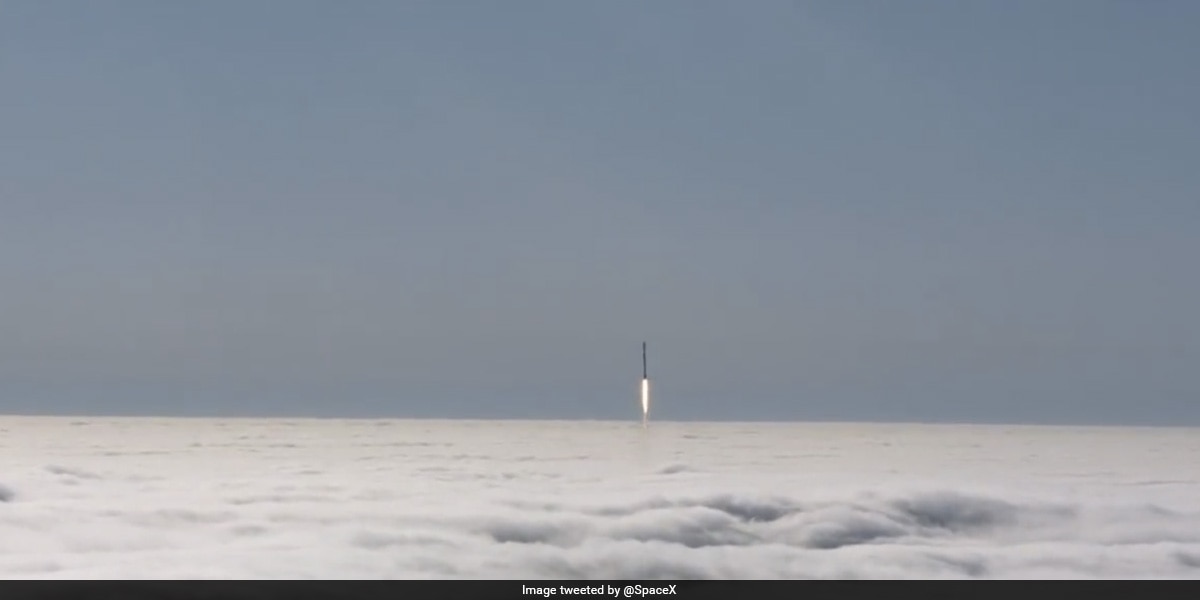 Elon Musk’s company SpaceX on Sunday launched another batch of Starlink Internet satellites into low-Earth orbit. 46 satellites took off on a Falcon-9 rocket from Space Launch Complex 4 East in California. It was launched today at 7:09 am Indian time. SpaceX live streamed the launch on Twitter. In this an update was given about the rocket. An hour after launch, the deployment of 46 satellites was confirmed.

The company has said that like the rest of the SpaceX rockets, the mission’s first stage booster, separated from this rocket, has landed back on a droneship. Its name is- “Off Course I Still Love You”. Space.com has said in its report that this was the sixth launch of the Falcon-9 rocket. It has previously launched Earth-observation satellite ‘Sentinel-6 Michael Frelich’ and three batches of Starlink Internet satellites. The satellite named ‘Sentinel-6 Michael Frelich’ is the double asteroid redirection test mission of the US space agency NASA.

Starlink is a satellite based global internet system. It is being developed by SpaceX to provide Internet access in under-served areas of the world. In this sequence, SpaceX has launched about 2,700 Starlink satellites into low-Earth orbit since the year 2019. Starlink’s service has started in many countries including America. The cost of using it there is around $110 per month.

However, Starlink is not alone in this sector. Jeff Bezos’ Kuiper project, including satellite operator OneWeb, is working to challenge Starlink here. These companies are also going to start their satellite broadband network soon. After this the competition in this area will increase. It is estimated that users will get the benefit of this, because they may be offered discount in tariff.

Starlink is also doing many deals to lead in this sector. Under a deal, there is a preparation to provide wireless internet facility in flight as well. The company has signed a deal with JSX, a semi-private jet service, in which Starlink terminals will be installed in 100 aircraft. The company says that by the end of this year, the first plane connected to the Starlink network will be ready to fly.