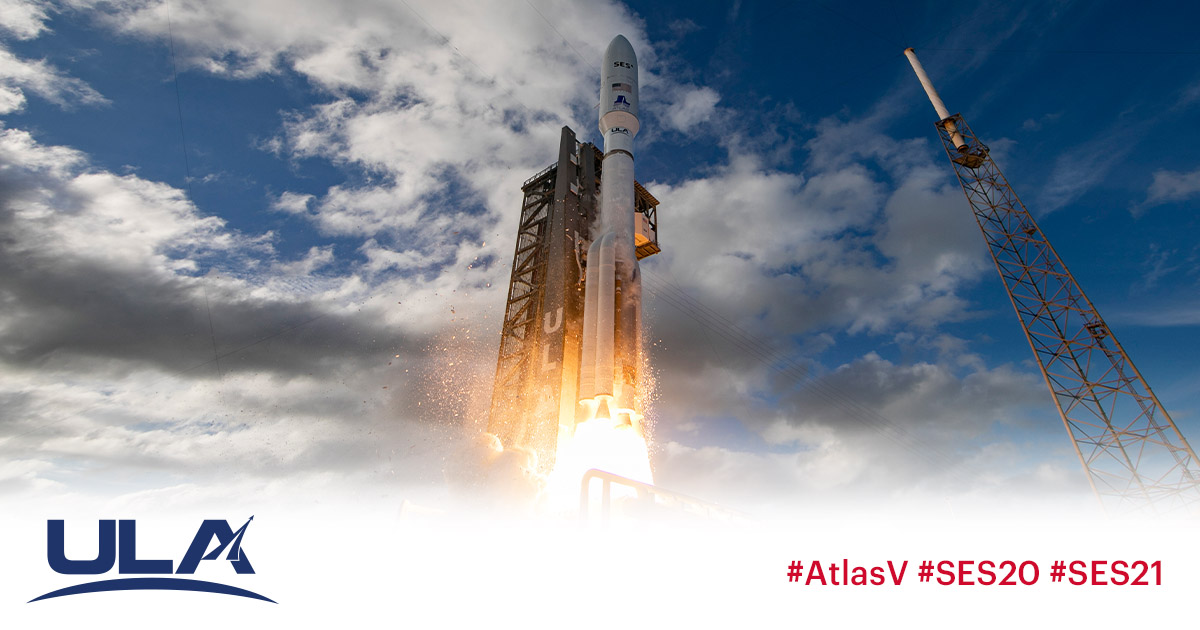 The launch vehicle was carried out from the launch site at Cape Canaveral (Florida) at 17:36 local time (00:36 Moscow time October 5). Atlas V launched the SES-20 and SES-21, designed to provide a television signal to the United States, into geosynchronous orbit.

The Atlas V rocket belongs to the Atlas family of American space launch vehicles, created on the basis of the intercontinental ballistic missile of the same name (which was in service with the United States until 1965). It was developed by Lockheed Martin Corporation in the late 1990s by order of the US Department of Defense as part of the EELV (Evolved Expendable Launch Vehicle) program. The first stage of the launch vehicle is equipped with a Russian RD-180 oxygen-kerosene engine developed by NPO Energomash (part of Roscosmos).