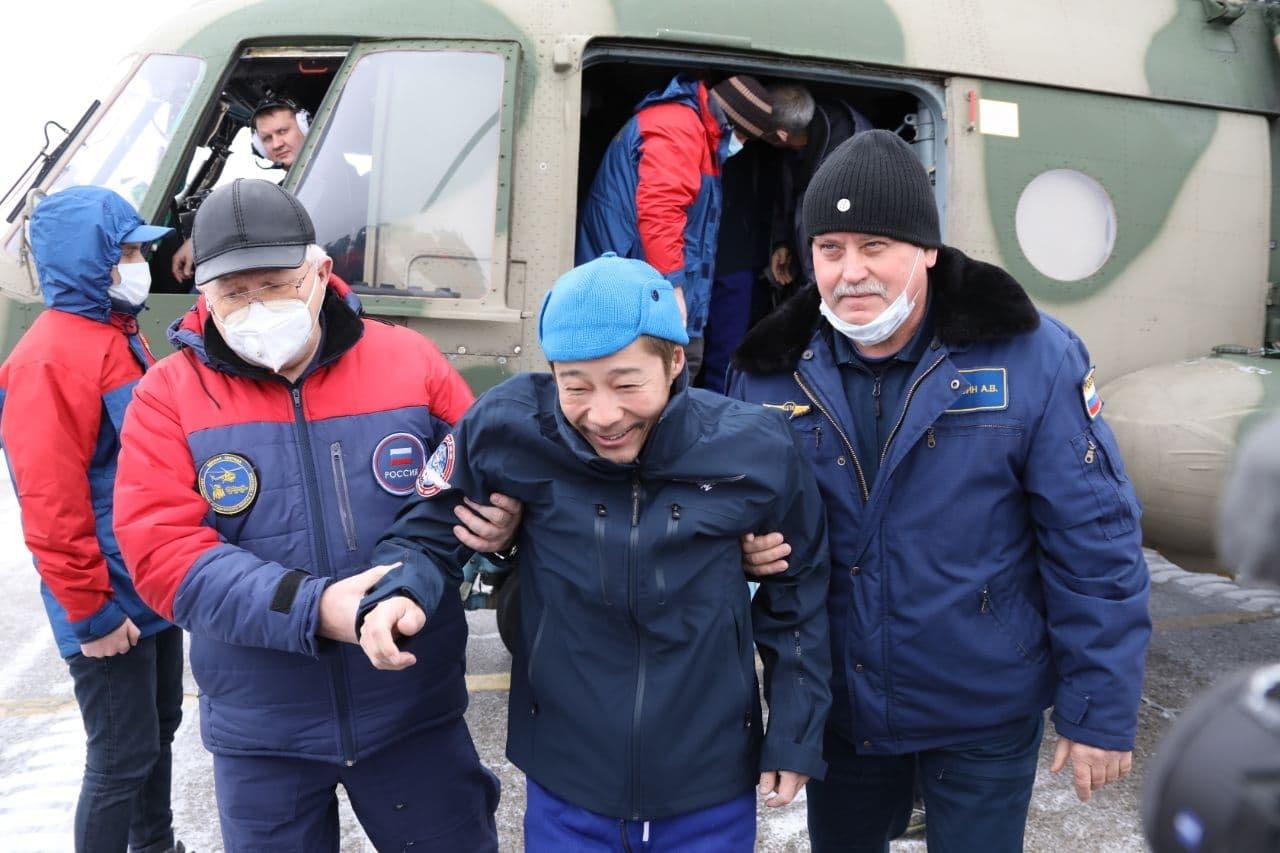 Roscosmos reported on the successful return of Japanese space tourists home from the ISS – 12 days after the launch from Earth.

Tourists were dispatched to the International Space Station on December 8. Recall that this was the first manned tourist flight into space under the auspices of Roscosmos after a 12-year hiatus. The first swallows were Start Today CEO and Japanese online entrepreneur Yusaku Maezawa, as well as Start Today producer Yozo Hirano, who was in charge of press coverage of the flight.

Now the descent vehicle of the Soyuz MS-20 manned spacecraft has successfully landed at the design point on the territory of Kazakhstan.

As the press service of Roskosmos notes, all the descent and landing operations took place in a normal mode, the crew is feeling well. The spacecraft separated from the Russian segment of the station at 02:50:30 Moscow time. Its propulsion system in the normal mode was engaged in deceleration at 05:18:56, after which it began to de-orbit. Shortly thereafter, Soyuz MS split into three compartments, and the crew of three in the descent vehicle experienced overloads of about 4g.

Crew rehabilitation will last from 14 to 21 days. At this time, the astronauts restore their normal physical form, under the supervision of doctors, they go to the pool, go for walks and gradually increase the load on the muscles.