The Rolls Royce Cullinan SUV seen in the video is completely white in colour, which looks very premium. Allu Arjun is known for customizing his ride and it is quite possible that he would have opted for multiple customization options for the new luxury SUV as well.

Let us tell you that Rolls-Royce is known for making some of the most luxurious cars in the world. The carmaker is popular among buyers for its extremely luxurious cabin, features and comfort. A few years back, Rolls Royce decided to launch an SUV, as the market was moving towards this segment. 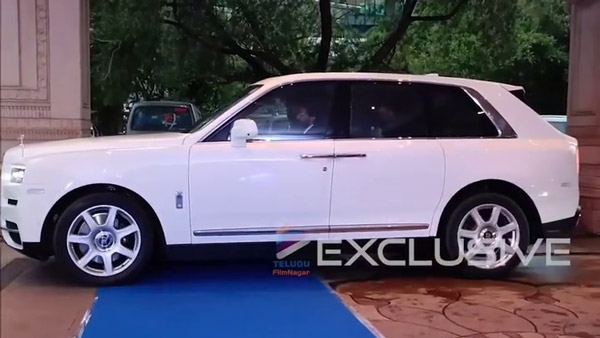 The Rolls-Royce Cullinan is currently placed between the Ghost and the Phantom VIII. It is also the first Rolls Royce to feature an all-wheel-drive system. Each Rolls Royce Cullinan which originates from the manufacturing facility of Rolls Royce in Goodwood, UK is quite unique.

The car is sold with a 6.75-litre twin-turbocharged V12 petrol engine that churns out a maximum power of 571 Bhp and a peak torque of 850 Nm. The engine is mated to an 8-speed ZF automatic gearbox and propels the Cullinan to a top speed of 250 km/h.