South Africa to prevent Mandela’s camera key from being auctioned 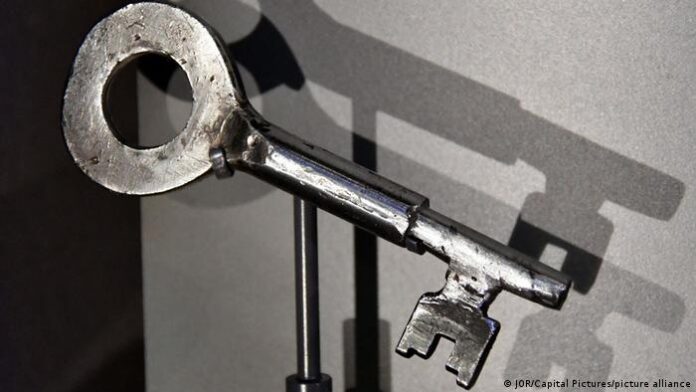 The Republic of South Africa (RSA) has opposed the auctioning of the key to the prison cell in which the country’s first black president, Nelson Mandela, was serving his sentence. “The key must immediately be returned to its rightful owners, and the auction must be stopped,” South African Minister of Culture Nati Mtetwa said on Friday, December 24.

South African authorities will take “appropriate measures” to return the key to the country, he added. Mtetwa noted the symbolic significance of this subject for the “painful history” of the republic. “This key belongs to the people of South Africa and the state, it is not the personal property of any individual,” the minister stressed.

Mandela’s camera key has been up for sale by Guernsey’s auction house , scheduled for January 28 in New York. Guernsey’s said the exhibit was up for sale by Mandela’s prison warden during his imprisonment on Robben Island by Christo Brand.

Nelson Mandela was sentenced to life in prison in 1964. He spent most of his imprisonment in a prison on Robben Island. In 1990, the fighter against apartheid was released, and four years later he became the first black president of South Africa and remained in this position until 1999. Mandela passed away in 2013 at the age of 95.