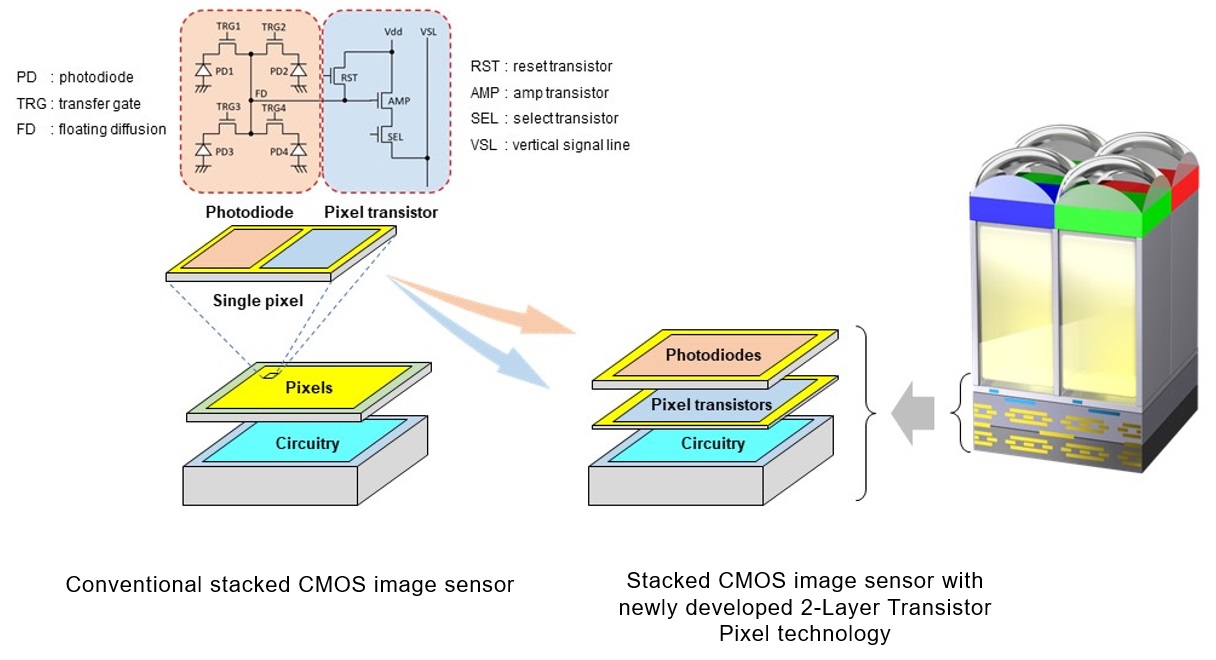 Sony recently announced that it has developed the world’s first multi-layer CMOS sensor, in which pixels are composed of two layers. While the photodiodes and pixel transistors of conventional CMOS image sensors are formed in the same layer, in the new sensor they are in different layers. This is said to have approximately doubled the saturation signal level compared to conventional image sensors, increased dynamic range and reduced noise, thereby significantly improving image performance. The new pixel architecture will make it possible to preserve or improve their properties not only at the current ones, but also at smaller sizes.

To reduce the noise, especially noticeable when shooting in the dark, the increase in transistors that amplify the signal allowed, since there was more space for them after transferring other transistors to a separate layer.

Smartphone cameras are named as one of the areas of application of the new sensors. How soon the new sensors will appear in serial products, the manufacturer has not yet said.