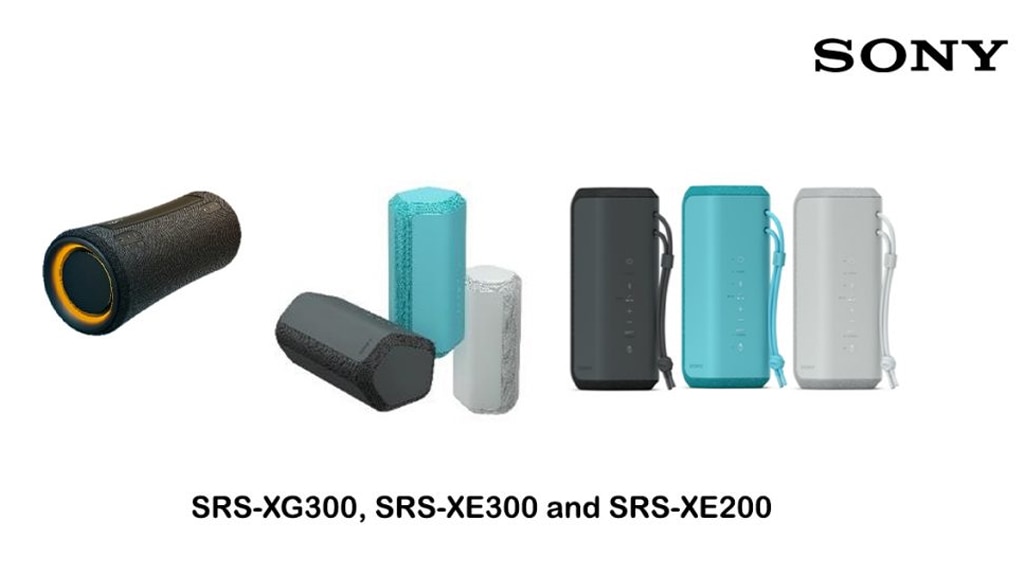 Sony has launched small size speakers, which comes with strong sound. The design of the speakers is being well-liked. Let’s know about Sony Portable Wireless Speakers …

Sony’s latest X-series speaker features a cylindrical shaped design with a diaphragm that is not circular. These are IP67 certified water and dust-proof. The SRS-XG300 gets a retractable handle while the SRS-XE200 comes with a strap for portability. The XE300 and XE200 are claimed to handle knocks and bumps.

In terms of audio, Sony’s newly introduced X-series speakers are equipped with an X-sized balanced speaker unit for a powerful music experience. SRS-XE200 and XE300 come with ANS. The former also gets dual passive radiators and is capable of sensing ambient noise. All three wireless speakers come with Live Sound mode that simulates live music.

Sony SRS-XG300 and XE300 are backed by a battery life of 25 hours. The SRS-XE200 is capable of up to 16 hours of use on a full charge. All three wireless speakers support fast charging. Connectivity options on the audio device include Bluetooth 5.2 and USB-C port.

The Sony SRS-XG300 is priced at Rs 26,990 and will go on sale from August 25. The SRS-XE300 and XE200 are priced at Rs 19,990 and Rs 12,990, respectively. Sony SRS-XG300 will be available for purchase from 10th September while the other two will be available from 30th September. All three wireless speakers can be purchased from Sony retail stores as well as major online and offline channels across the country.