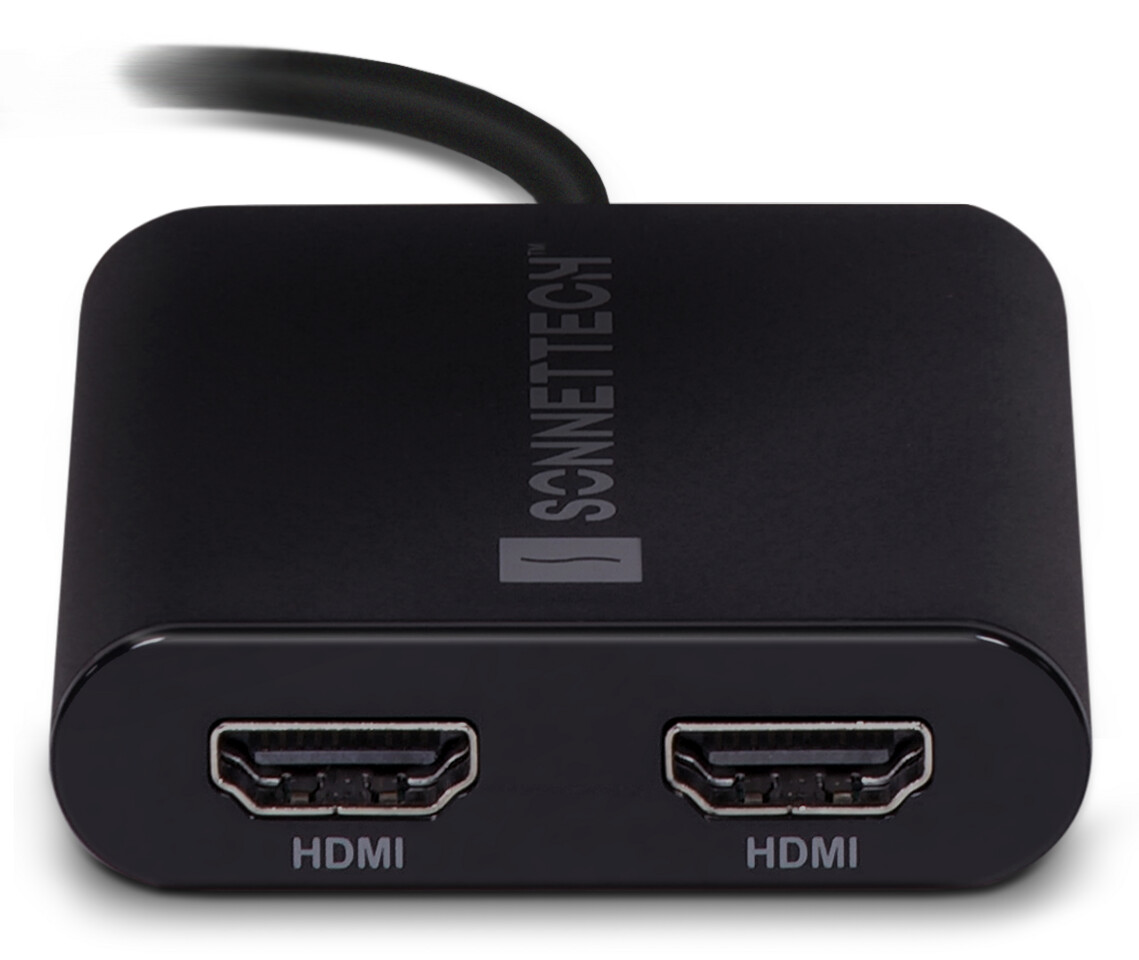 Sonnet Technologies has announced the launch of the DisplayLink Dual DisplayPort Adapter and DisplayLink Dual HDMI Adapter. They are designed for Apple computers, which are based on the Apple M1 single-chip system. Each adapter comes with a non-detachable USB-A cable and comes with an adapter for USB-C compatibility. The adapter receives power from the USB or Thunderbolt port to which it is connected.

DisplayLink Dual Display adapters allow you to connect two 4K (3840 x 2160) 60Hz displays to a single port on your computer, either through DisplayPort or HDMI.

Apple’s latest 13-inch MacBook Air and MacBook Pro offer great performance but only have two Thunderbolt/USB4 ports for connecting peripherals, including displays, one of which is used to charge the computer. More importantly, these computers natively support only one external display. DisplayLink Dual Display Adapters overcome this limitation by allowing you to connect two displays to one port at the same time, leaving the other port for charging or connecting an additional peripheral.

According to Sonnet, most dual display adapters are not compatible with Apple computers on the M1 SoC, only supporting lower resolution displays or only one display at 60Hz and the other at 30Hz or less. The new adapters are fully compatible with M1 Macs and other Macs running macOS. 10.15 and later, and from a PC running Windows 11 or 10.