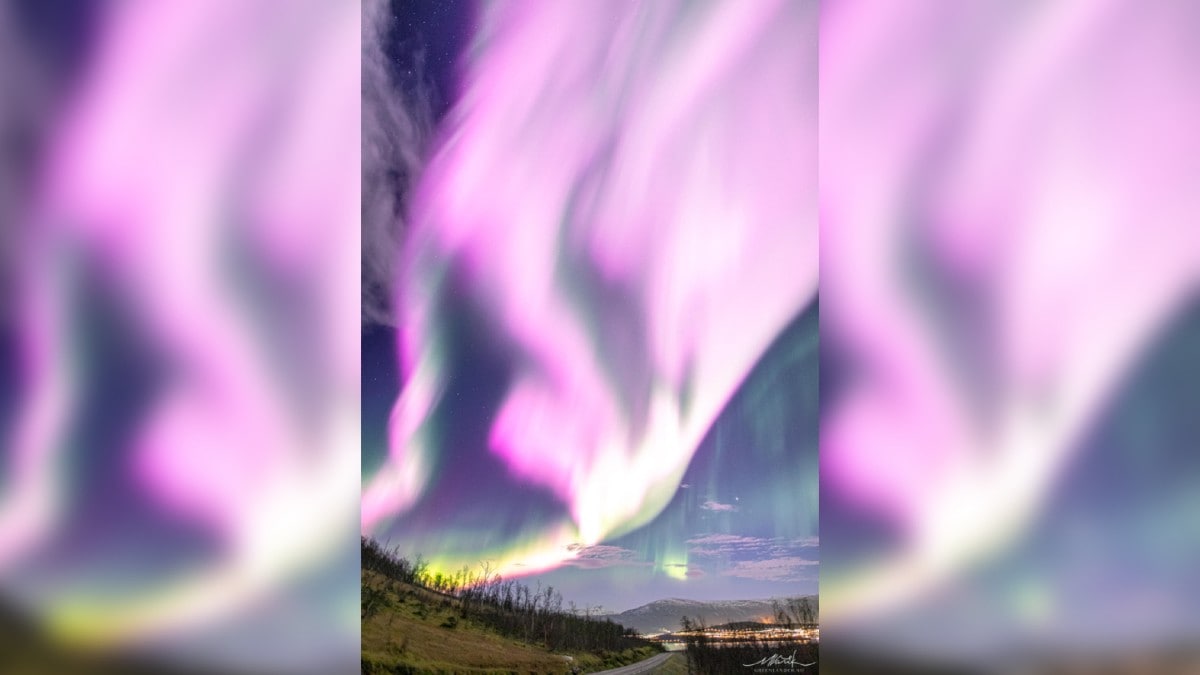 The movements in the Sun are having an effect on the Earth. In a report yesterday, we told you that due to solar flares emanating from the Sun, there was a temporary radio blackout in New Zealand and Australia. A new information has revealed that a solar storm hitting the Earth caused a hole in our planet’s magnetic field. Due to this, recently there was an ‘explosion’ of very rare ‘pink auroras’ in the sky of Norway. It illuminated the sky. It is said that due to this solar storm, high-energetic solar particles entered the Earth’s atmosphere. Due to this, colored light started scattering in the sky. It seemed as if it was day in the evening.

The pink light seen in the picture was captured on November 3 near Troms in Norway. of space.com Report According to reports, the aurorae began to appear around 6 pm. This sight was seen for about 2 minutes. People told that they have never seen bright pink aurora like this.

It is said that pink aurora emerged soon after a small crack in the Earth’s magnetosphere. On the day of this incident of November 3, scientists made a solar storm was detected to collide with the Earth. The report states that auroras are formed when currents of highly energized particles pass around the magnetosphere. Earth’s magnetic field protects us from these particles that accompany solar storms, but the magnetic field at the north and south poles is weak. Because of this, the aurora starts shining there.

Aurora usually appear green. This happens because of the oxygen present on our planet. But pink auroras were observed due to recent solar storms as solar winds reached 62 miles down into our atmosphere. Nitrogen is highest there. Because of this pink aurora appeared. The cycle of these movements happening in the Sun will continue. The US space agency NASA has already told that the maximum activity will be seen in the Sun by the year 2025.