Social Media Side Effects: Your child does not listen to social media more than you? 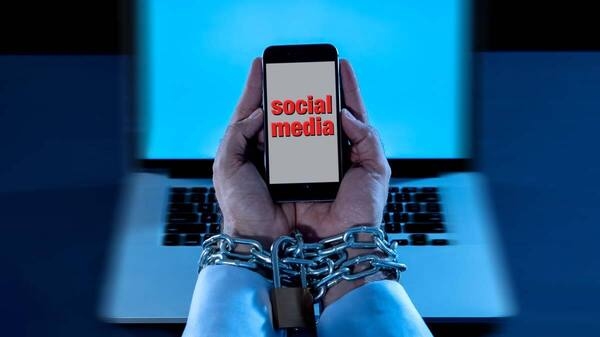 Social Media Side Effects: Do you know what is very important for parents and their children? Know that social media – despite its popularity – can have some harmful effects on all of us. And when it comes to children and teenagers in the 21st century, according to a report, it was recognized that Snapchat is the most liked and used social media platform by teenagers, followed by TikTok and Instagram.

Notably, Instagram has the highest usage as compared to Snapchat and TikTok. We all know that social media has become an essential part of all of our lives, especially for people after 13-years. But we all have heard that everything has a limit and if that limit is exceeded, the thing only harms us, this applies to social media as well. Also let’s know how social media is affecting your child…

Mental health refers to your psychological, emotional, and social well-being. Excessive use of social media can affect the way teens think, react and act. According to an article in Health Matters, the average age at which a child opens a social media account is 12 साढ़े.
When a teen spends more time online, the result is that they spend less time interacting with their peers in real life. When teens spend 3 to 6 hours or more online, it limits that amount of time. Due to which the mental health of the child is also affected badly.

The most common problem faced by teenagers is disturbances in sleeping patterns due to excessive use of social media. According to a study from the University of Glasgow, the more social media is used by adolescents, the more likely they are to fall asleep and often wake up during the night.

“We have a sad generation with happy pictures”. According to one study, about 48% of teens who spend 5 hours a day on screen have at least one suicide risk factor. Also, social media is slowly taking you towards depression.

Social media has created a “culture of comparison that has led to disquiet among youth. A study shows that teens now face the pressure of social media as they revolve around problems related to social standing and self-expression.” They have to be like everyone else, as shown on social media, they start worrying if they are not able to do so.

These effects can be:
Loneliness
low self-esteem
social anxiety and more