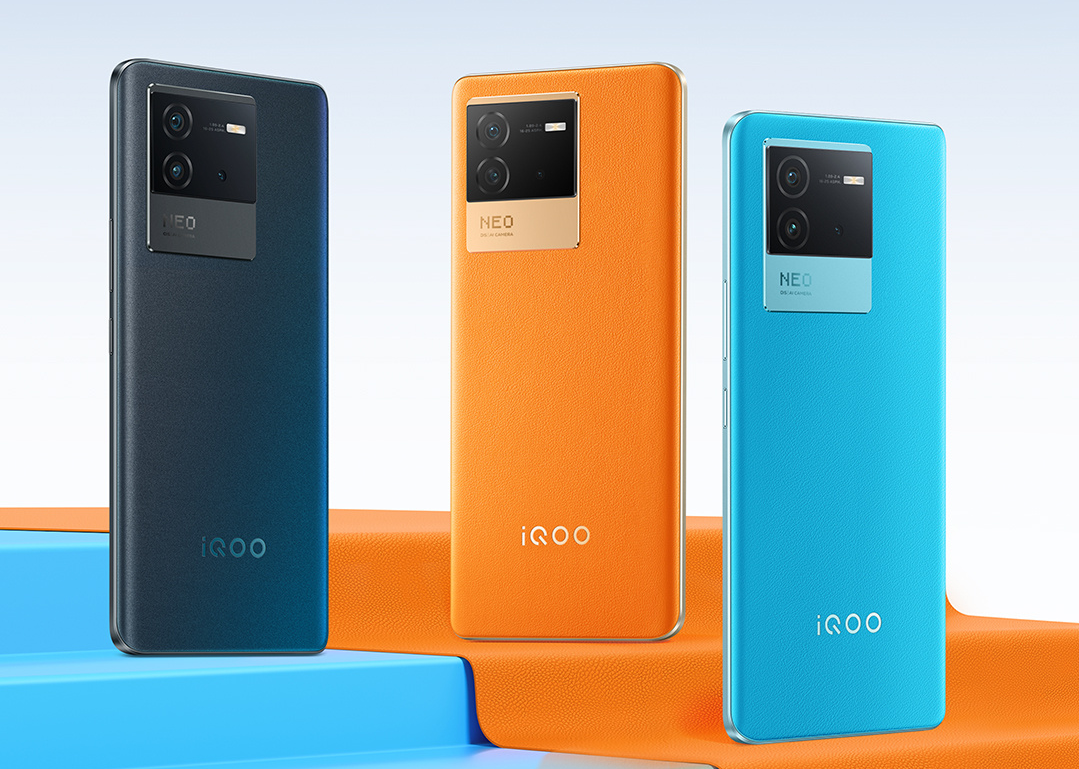 Last week, iQOO introduced the latest smartphone from the Neo series, dubbed the iQOO Neo6. Today, the company has officially started selling the device in China.

iQOO Neo6 features a 6.62-inch Full HD+ AMOLED display with a peak brightness of 1300 cd/m2 with a refresh rate of 120 Hz. It has an under-display fingerprint scanner. The device is powered by a Qualcomm Snapdragon 8 Gen 1 SoC coupled with LPDDR5 RAM and UFS 3.1 flash storage. The RAM on the device can also be virtually expanded up to 4 GB.

The phone also has an independent display chip that distributes the load of the main GPU to the SoC. The company says this will keep frame rates stable during long gaming sessions, consume less power, and have better thermal performance. There is also a large evaporation chamber and a six-layer three-dimensional graphite structure.

The main camera received a 64-megapixel Samsung ISOCELL GW1P primary sensor with F / 1.9 aperture and optical stabilization. It is complemented by a 12MP ultra-wide-angle module with F/2.2 aperture and a 2MP portrait sensor with F/2.4 aperture. On the front is a 16-megapixel camera for selfies and video calls.

iQOO Neo6 runs on the Android 12 operating system with a proprietary OriginOS Ocean user interface. It is powered by a 4700mAh battery with support for 80W fast charging.