Snapdragon 662 and a $600 E Ink touchscreen: Onyx Boox Tab Ultra, a kind of reading tablet, is on pre-order 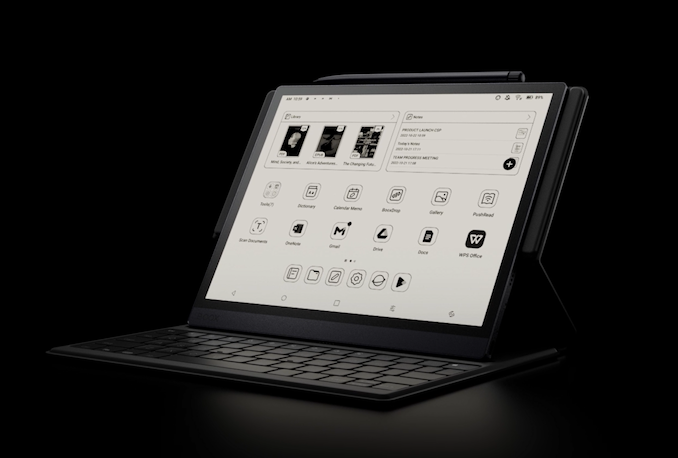 Manufacturer Onyx has announced a new solution for work. We are talking about the Boox Tab Ultra model, which is positioned as a tablet with an E Ink electronic ink screen. The novelty can already be pre-ordered.

The tablet is equipped with a screen with a resolution of 1404 x 1872 pixels and 16 shades of gray. It has a touch pad that supports stylus and fingers. The diagonal is 10.3 inches.

SoC Qualcomm Snapdragon 662 is installed inside, which is used in budget smartphones. The tablet also has 4 GB of RAM and 128 GB of permanent eMMC type. Also, the novelty has a 16 megapixel camera and OCR software. The battery capacity is not reported, but it is known that a USB-C port with OTG support was installed in the novelty.

The OS is Android 11. The pre-order price is $600. Along with the tablet comes a branded case with a built-in keyboard, which will allow you to use it as a lightweight laptop.

Previously reported that Lenovo is preparing a Yoga Paper device with an E Ink screen and a stylus.