Smartphone users are preferring iOS more than Android, know why? 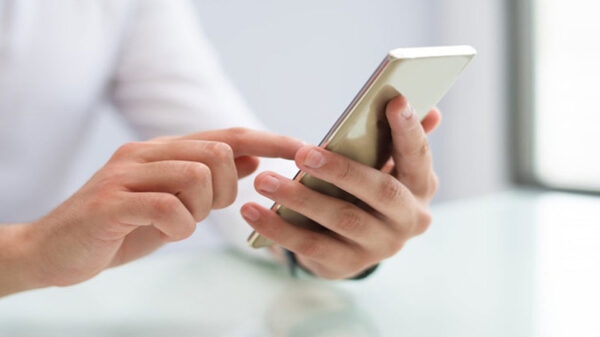 We all know that Android has been the most popular mobile operating system globally over the years. But if new data is to be believed, Android is slowly losing its place in the last few years.

Talking about Android, it has come down from 77.32 percent to 69.74 percent in 2018, and this is the exact opposite of Apple’s iOS. The operating system of the iPhone grew from 19.4 percent to 25.49 percent during the same year, showing how people are preferring iOS over Android.

– A new data shows that the market share of Ios has increased over the past four years.
That’s good news for Apple, which is trying to make iPhones more mainstream globally.
Apple recently launched the affordable iPhone SE with 5G for Rs 43,900.
– Android is still the dominant operating system globally.

iOS’s market share grew over the past four years

An analytics firm, StockApps, has been gaining data from iOS users over the past four years, while Android is losing them. As of 2022, from 25.49 percent share in 2022, iOS has registered a growth of 6 percent, which is good news for Apple, which is working towards reaching more consumers through offerings like the affordable iPhone SE. doing.

Even though Apple’s flagship iPhones haven’t been cheap by any means all these years, the affordable iPhone SE has managed to attract iPhone customers after its launch.

The reason for the rise in popularity of iOS is also the high-price discounts and offers available on the iPhone. For example, you can buy the new iPhone 13 in India at a discount of up to Rs 13,000. These discounts are often offered by third party sellers in association with banks.

There is a fact that there are many Android phones in the market at all cost, this may be the reason why some customers do not want to go through the hassle of choosing the right one and wasting time.

Despite losing its market share, Android is still the dominant operating system globally. Its current share of 69.74 is more than Apple’s market share. According to the report, in Asia, which includes India, Android accounts for 81 percent while iOS has 18 percent. In the US, iOS led the way with a 54 percent market share, while Android’s accounted for 45 percent.

According to finance expert Edith Reads……

According to finance expert Edith Reads, Android has an advantage over iOS because it is open-source, which gives users flexibility in terms of functionality. iOS, on the other hand, is a closed ecosystem that only works properly with Apple devices. iOS is also only available on the iPhone, while Android is available on phones, tablets, and other devices.