Smartphone Saves Life: Mobile became a shield in front of a gunshot, such a soldier’s life was saved; Watch Viral Video 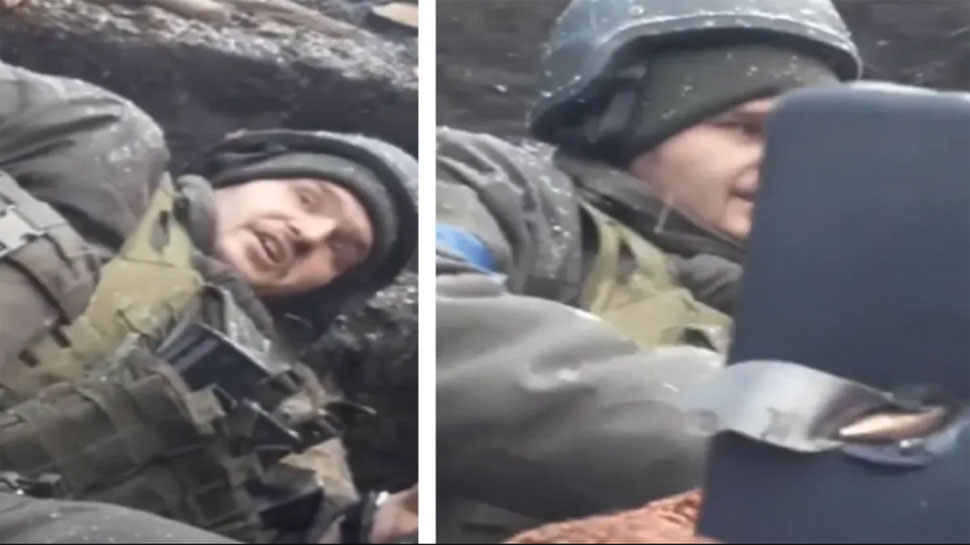 Smartphone Saves Soldier Life from Bullet: Today almost every person has a smartphone in his hand. In the last days, many such cases have come to the fore in which people’s smartphones were blasted and they have suffered a lot. Today we are going to tell you about a case in which smartphone saved the life of a soldier. Let us tell you that a video related to this is going viral. Let us know about it in detail..

Let us tell you that a video is becoming quite viral on social media in which the smartphone shot as a shield of a soldier and saved his life. According to the reports, this video is from Ukraine, in which the scene of the ongoing war is seen there. It can be clearly seen in that video that the soldier is talking to his companion and showing him his smartphone. There is a bullet in this smartphone. The soldier says that this phone has saved his life.

If you are wondering what has been shown in this video, then let us tell you that in this video it can be seen that the soldier is taking out of his pocket and showing his companion the phone in which the bullet is fired. A bullet of 7.62mm is stuck in this smartphone. Gunshots are heard behind in the video, which shows that the war is going on there. It is not known which brand this smartphone belongs to.

Let us tell you that this is not the first time that a smartphone has saved someone’s life. There have been many such incidents in the past in which people’s lives have been saved due to the phone.