Smartphone overheating should not cause any accident, definitely protect yourself like this 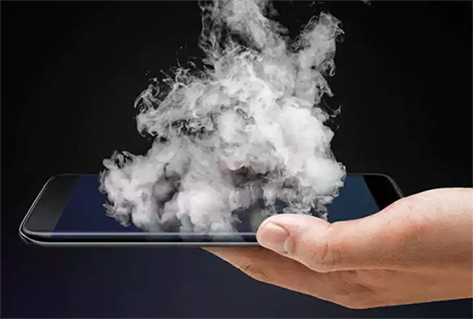 New Delhi. Nowadays the use of smartphones has increased very fast. Every small and big work is being done by phone. By the way, whenever we buy a smartphone, we check many features like battery in it. But still, many problems related to the battery start coming in the phone. One of these problems is the phone overheating or overheating. Sometimes the phone gets so hot while on charging that you can’t even hold it.

Let us tell you that overheating of the smartphone can prove to be very dangerous. In this situation many times the phone explodes. However, if you take some precautions, then you can get rid of this problem of the phone. In this article, we are telling you about some such settings that will give relief from the problem of your phone heating up again and again.

How to solve the problem of overheating of the phone –

If a feature is not of your use or you are not using it, then turn it off. As we have to use mobile data then this feature is always on. But apart from this, there are some such features, due to which not being on will not hinder any of your work. In these, there are many other functions like location or GPS, Bluetooth, WiFi. If you always keep them on then your phone may heat up. In such a situation, keep them closed when not needed.

There are times when we are all multitasking. We are not able to guess and many apps in the phone remain on in the background. This not only drains the phone’s battery, but also causes the phone to heat up and hang. In this case, you should close the apps running in the background of the phone. Also, keep cleaning the RAM memory from time to time.

Many times such bugs come in the phone which affect the phone in many ways. One of these problems is overheating. In such a situation, you should keep updating the phone from time to time. Because companies give OS updates to get rid of these bugs.