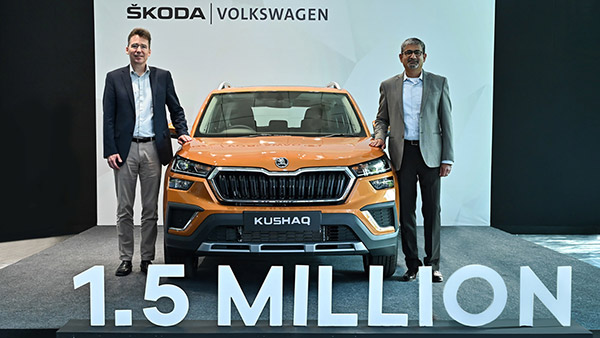 The company produces cars like Skoda, Volkswagen, Audi, Porsche and Lamborghini here. The company’s Pune plant produces Skoda Slavia, Kushak, Volkswagen Tiagon and Volkswagen Vertus. The Vertus has recently started production, its price will be announced around May 2022. The company also exports cars from India.

At the same time, the luxury cars of the group are produced in the company’s Aurangabad. The company exports the Volkswagen T-Cross made in India and the company has exported 5,45,700 cars till December 2021. The company is bringing several new models under the new plan which have been specially designed for the Indian market and are getting a great response.

This engine can be given the option of the company’s 6-speed manual gearbox or 7-speed DSG automatic gearbox. The Volkswagen Virtus has a longer wheelbase of 2,651 mm and a huge boot space of 521 liters. The sedan features a 10-inch touchscreen, 8-inch fully digital instrument cluster, connected car technology, wireless smartphone charging, sunroof and cruise control.

Apart from this, it gets automatic AC, rear AC vents, ventilated front seats, automatic headlights, keyless entry, rain-sensing wipers and many other features. The sedan will get LED headlamps and an 8-speaker sound system as standard across the range. The Vertus measures 4,482 mm in length, 1751 mm wide, 1472 mm high which is 92 mm longer, 52 mm wider, 5 mm higher than the Vento. Its wheelbase is to be kept at 2651 mm, which is 98 mm more than that of the Vento.

Talking about the safety features, 40 safety features have been given in it. It gets 6 airbags, electronic stability control, electronic differential system, multi-collision brakes, rear parking camera, ISOFIX child seat mount, tire pressure monitoring system, ABS, EBD, front and rear parking sensors. The company is going to bring it in a total of 6 color options.

The past year has been great for the Skoda Volkswagen Group and the new models are getting a great response. The company has crossed a big figure of production, now it has to be seen how the coming year pans out.