Skoda unveils concept Vision 7S, will get a range of 600 km on full charge 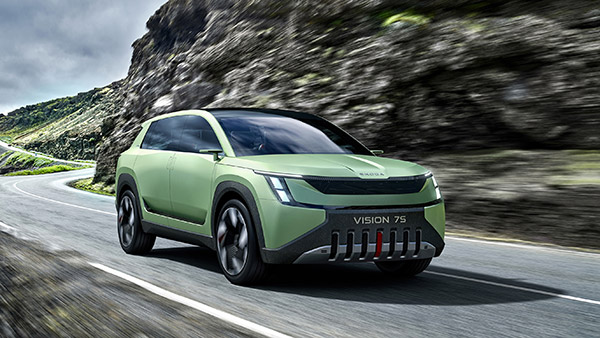 According to reports, this concept electric SUV of Skoda can be launched in 2026. The Skoda Concept Vision 7S has been built on a ‘modern solid’ design platform. Talking about the design, this SUV has been introduced in Dark Green Matte Paint. The body panels of the SUV have very few cuts and creases.

The Vision 7S gets an all-new design 7 slot grille instead of the traditional front grille, which proves that it is electric. This concept SUV has been given a large bonnet, inside which a large space has been given to keep luggage.

The interior of this concept SUV is also very luxurious and has been made according to the new design pattern. The interiors include a steering wheel, a large vertical touchscreen and center console with buttons to control such and music systems.

Let us tell you that Skoda is preparing to launch its first electric car in India. If reports are to be believed, Skoda India may launch its Enyaq iV electric SUV in India next year. Recently, a black colored Skoda Enyaq iV has been spotted testing in Mumbai. Let us tell you that the testing model of this SUV of Skoda has been seen in some other cities in the past as well.

Let us tell you that Skoda is using Volkswagen’s MEB platform in the Enyaq iV. It’s basically a skateboard-like model with a battery in the middle and wheels mounted at all four corners. This platform does not use a driveshaft or transmission tunnel, due to which a lot of space can be created inside the car.

According to the reports, the Skoda Enyaq iV is going to be 4,648 mm in length, 1,877 mm in width and 1,616 mm in height. It will have a wheelbase of 2,765 mm. It will be smaller than the Skoda Kodiaq SUV but due to its design platform, it will be given plenty of space. According to the information, a boot space of 585 liters can be given in it.

Skoda Enyaq iV can be brought in two battery pack variants which will include 62 kWh and 82 kWh variants. These variants will be capable of producing 177 Bhp and 261 Bhp of power respectively. At the same time, on full charge, this SUV will provide a drive range of 510 km. It will also be offered in a higher performance RS trim that will generate 300 Bhp of power. 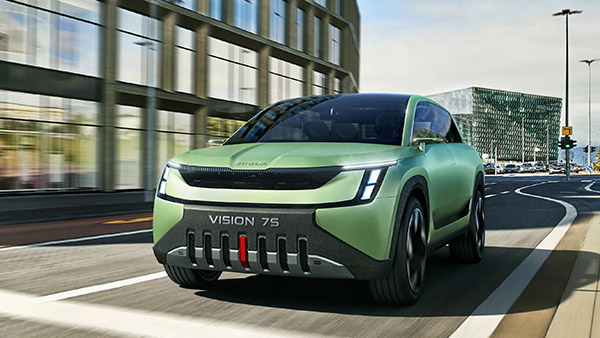