Skoda Slavia’s maintenance package launched, will be able to drive a car at a cost of just 0.46 paise per km 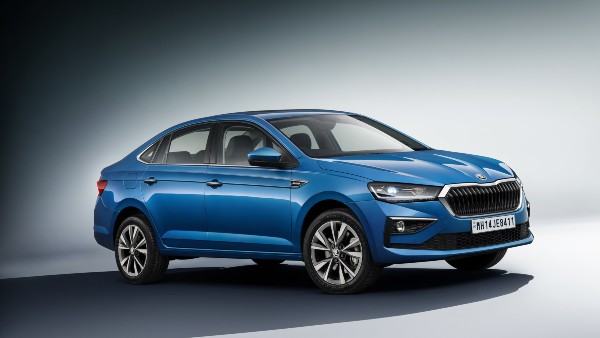 The Skoda Slavia India 2.0 is the carmaker’s second offering under the strategy and is based on the MQB A0 IN platform. Skoda Slavia shares its design platform with the Kushaq SUV launched last year which includes a range of features along with engine and transmission options.

Skoda Auto India has commenced production of the Slavia. It is being manufactured at Skoda Auto Volkswagen India’s plant in Chakan, Maharashtra. The company is preparing it on the policy of 95 percent localization. Skoda says that the Slavia has been developed keeping in mind the Indian market.

The Slavia will be offered in three variants – Active, Ambition and Style, and will come with two engine options, including a 1.0-litre TSI three-cylinder engine and a 1.5-litre four-cylinder TSI unit. The first engine produces 113 Bhp of power and 175 Nm of peak torque, and comes mated to a 6-speed manual gearbox and an optional 6-speed automatic torque converter.

The larger 1.5-litre engine produces 148 Bhp of power and 250 Nm of peak torque and comes mated to a 6-speed manual gearbox and a 7-speed DSG automatic gearbox. The 1.0-litre engine is expected to be offered in all three variants, while the 1.5 TSI engine will come with the Style trim only.

In terms of design, the sedan gets the company’s signature butterfly-shaped front grille, projector headlights, alloy wheels, shark fin antenna and boot-mounted number plate recess. Apart from this, there is a turn indicator on the ORVM and lining on the side body. Design wise, this compact sedan looks completely muscular.

The Slavia will be bigger than the Skoda Rapid. The Skoda Slavia measures 4,541 mm in length, 1,752 mm in width and 1,487 mm in height, while its wheelbase is 2,651 mm longer. The Skoda Slavia can be launched in India at an estimated price of Rs 10 lakh (ex-showroom).